DJ Earworm is at again! This time he has created a very clever video and audio mash up of J. Lo's "Jenny From The Block," TLC's "No Scrubs," The Bodyrockers' "I Like The Way You Move" and Missy Eliott's "Get Ur Freak On." Get your kicks on people. Have a great weekend! 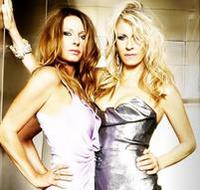 After a lengthty break, British pop duo Bananarama has returned to the music scene with a brand-new album. But don't call it a comeback. After Siobhan Fahey left the original line up of the group in the late '80s, Keren Woodward and Sara Dallin continued making music together. Initially with a replacement for Fahey, but eventually as a duo.

In the vein of memorable hits like "Venus," "I Heard A Rumour" and "Cruel Summer," Bananarama's new disc "Drama" is a throwback to the totally fun and carefree pop hooks that mark the early part of their career. The move is paying off. Their new single "Move In My Direction" hit number 14 in the Billboard Hot Dance Club Play Chart this week.

In an exclusive interview with Arjanwrites.com, Keren Woodward credits much of the success of Bananarama to their gay fans. And that comes as no surprise. Woodward loves her gays (and especially the Pet Shop Boys, more about that in the interview). She explains that most of her friends are queer. In fact, right after our chat she plans on hitting the clubs in London with her gay posse.

How did "Drama" come about musically?
We looked at working with different producers, but we ended up with [the Merlin production team] in Stockholm. They were great to work with and have the same sense of humor as we do. The good thing is also that we were recording in a studio in a middle of a forest with no distractions. We only allowed ourselves to go out at the end of the week instead of every night [laughs].

Was there a big idea that influenced the album?
We love dance music, but obviously we set out to make a pop record because that is what we're good at and what Bananarama is all about. We didn't have an idea of how it would sound. It just developed while we worked on it. We were very involved with the concepts of the song right from the start, and not just concerned with the backing tracks and the melody and things like that. That's why it feels even more like it is our album.

What do you believe is the signature Bananarama sound?
It probably has something to do with our vocals. We have sung together for such a long time.

Do you think people might underestimate this album because they don't expect you to come up with such a fresh, contemporary pop sound?
Some people say this is the best album we've ever done. My only worry is that people don't get to hear it. If we had this big marketing power behind us that would make sure absolutely everybody would get to hear about it, it could really be a massive album. But being on a small label, it sort of feels we have to start from the bottom again and try to work it through the clubs and things like that.

You have had an incredible career that spans three decades but all that hard work and fame can also work against you.
That's right. Everybody has their moment in a way. It all builds up to this moment of glory and then there always seems to be some sort of backlash or people want something different or get bored with it. In fact, we got bored ourselves at the end of the '80s and we ended up making a guitar-based album, which we thought was great but perhaps we moved too far away of what fans expected. 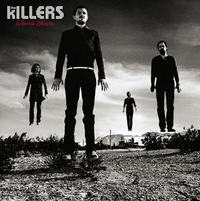 It is here. Finally. Officially. Stream The Killers "Sam's Town" on MTV's The Leak. What do you think?

Rolling Stone Magazine is not loving it. "Why, Killers? Why? It's the oldest story in the New Wave book: (1) Boys get famous wearing makeup and acting tarty to impress girls; (2) Boys wash off makeup and act sincere to impress boys; (3) It never works. Loads of the original New Wave bands fell into this trap, but the difference with the Killers is that we all thought they were too smart to take themselves seriously." 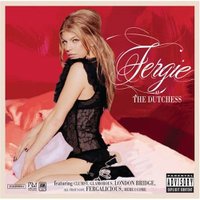 Forget all that you know about Fergie. Forget about her trampy sense of fashion, her wet pants, her recovery from drug addiction and all that plastic surgery. Just listen to her solo debut "The Dutchess" and be pleasantly surprised by a whole new Fergie. Introduced by the brassy big beats of  "London Bride," the disc is a collection of 14 slick and infectious tracks that makes it easily one of the most noteworthy pop records of the year. Who would've thought?

Yeah, sure. Most of the tunes on the album are rip offs that borrow from every sound, production trick, genre and vocal style that is in vogue right now. But savvy production mastermind Will.i.am deserves kudos for skilllfully recycling existing ideas to create pure pop perfection. His efforts actually help to to popularize many underground sounds. In fact, I'm convinced that without Diplo and M.I.A., "London Bridge" would have sounded a whole lot different.

"The Dutchess" features a range of different styles and moods. One of my favorite songs on the album is the jazzy "Clumsy" that includes some kicky electro grooves. She continues the bold street vibe of "London Bridge" on the next single "Fergalicious" that is based on Afro Rican "Give It All You Got" and JJ Fad's "Supersonic." She goes pop on the delicate "Glamorous," which is Fergie's take on Gwen Stefani's "Luxurious." The singer also daringly incorporates some reggae and even ska on "Voodoo Doll" and "Mary Jane Shoes" (that features Rita Marley).

Previously, I have not been impressed by Fergie's vocal range. But on heartfelt ballads like "All That I Got" and the John Legend produced "Finally" the singer tears it up Celine-style. The mid-tempo, acoustic "Big Guys Don't Cry" also prominently features her vocals and should definitely be a single contender.

Fergie's strongest lyrical stand is "Pedestal" that supposedly attacks gossip bloggers and other celebrity hounds. "Record sales are on the mark. And that's about the time the rumors start," she sings. "Who are you and what do you do that makes you think you're above me. But have you walked in my shoes?"

"The Dutchess" is by far one of 2006's biggest guilty pleasures. And even though sales are lagging in its second week of release, I'm convinced that "The Dutchess" will be around for a while. 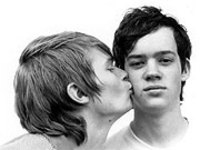 Arjanwrites faves Lo-Fi-Fnk are coming to America to play some gigs in the New York area early November, including a performance at Galapagos on November 1. The group's song "Wake Up" was also featured on a recent episode of CSI:NY. Slowly but surely the group will be making more fans stateside. Let's hope for a U.S. release of "Boylife" soon.