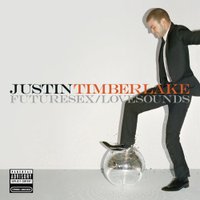 The pop world has gone a little mad. A few artists who are considered major stars and could do nothing wrong in the recent past are now being marginalized by mediocre album releases that simply are not living up to expectations. Take for example Beyonce who seems to have gotten totally off track in the studio with a sound that is chaotic, overproduced and simply oversung. Another example is Christina Aguilera who deserves kudos for thinking out of the box, but has not delivered the goods her core fan base was hoping for, and is disconnected from the pop loving crowd that propelled her to fame. And let's not forgot Janet Jackson's stalling comeback effort.

But I have good news for you. There is one exception to all the madness this season. Justin Timberlake's new record "FutureSex/LoveSounds" is a triumphant effort that successfully combines contemporary pop sensibilities while satisfying the singer's own desire for innovation. It is not necessarily the most original achievement, but it pushes a few buttons that will surely get many into the groove. Thankfully, we don't have to rely on Jessica Simpson to move the pop genre a little forward.

"FutureSex/LoveSounds" is an impressive blend of '80 inspired pop, R&B, funk, soul and rock that echoes Michael Jackson, Prince and, yes, James Brown. Timberlake produced all twelve songs on the album together with Timbaland, will.i.am and Rick Rubin who is mostly know from his work with Johnny Cash and The Red Hot Chili Peppers.

Undisputed highlight on the album is "LoveStoned/I Think She Knows" that is nearly 8 minutes longs. The song progresses from a bouncy R&B jive into an epic tune that truly blew me away. If you think that "Sexyback" is on the bleeding edge of what Timberlake can serve up, you are grossly mistaken.

The only drawback of Timberlake's music is a lack of lyrical depth. Most of his songs deal with relationships and sex, but not in clever or thought-provoking ways. I believe that Timberlake's sound is mostly music that you feel and tap to led by his soulful crooning. There is one striking exception to my observation. The song "Losing My Way" is a gripping and unambiguous tale about drugs and addiction that will surely shock many of his teenage fans.

"FutureSex/Love Sounds" is in stores in two weeks from now, on September 12. I have written up a brief song-by-song review after the jump.

"FutureSex/LoveSound": A slow, throbbing groove with bouncy '80s-style synth bass that is basically a tongue in cheek song about making love. A signature Timbaland tune with a chorus that is somewhat reminiscent of Nelly Furtado's "Promiscuous."

"SexyBack": Unmistakably the first singe, of course, with that oddly infectious static sound element. I'm still hearing Janet Jackson saying "yes" during the chorus of the song. But that's probably my wishful thinking.

"Sexy Ladies/Let Me Talk to You Prelude": A sexy funk stomper with a rippling bass line that invokes memories of early '80s Prince. Not only because of the song's production stylings, but also due to Timberlake's vocal inflection.

"My Love" (featuring T.I.): This mid-tempo jam is the second single that will be lifted from the album. Similar production values as "SexyBack" but has more melodious, soulful vocal parts. Cute is the addition of Justin's human beat box that is sampled throughout the track.

"LoveStoned/I Think She Knows Interlude": By far the best track on the album that is almost 8 minutes long. It really is one song with two different chapters, starting out fun and frisky with a delicious bass line (mark my words) and turning into an epic, propulsive pop rock anthem with a haunting string section and electric guitars around the 5 minutes mark. The last few minutes sent chills downs my spine. Really good stuff.

"What Goes Around/Comes Around Interlude": When I first heard Justin perform this track in Amsterdam I dubbed this his new "Cry Me River." A mid-tempo ballad in which he sings about heartache and revenge. This is a great single candidate that is more song than groove compared to "SexyBack" and "My Love." "What Goes Up" will have you humming along wheter you want it or not.

Chop Me Up (ft. Timbaland, Three 6 Mafia): Menacing hip-hop tune with multi-layered chorus of rap and vocals. Chaotic and overproduced. Timbaland should leave the soundboard alone once in a while. Enough is enough.

"Damn Girl" (ft. will.i.am): Hot track sang almost entirely in falsetto by Timberlake. Production has a sweet, vintage soul vibe. I dare say he sounds like a young James Brown including the oohs and aahs.

"Summer Love/Set The Mood Prelude": Another hot jam with heavy percussion and sizzling synth bass. The song progresses in a sensual ballad with gospel-type background singers.

"Until The End Of Time" (ft. Benjamin Orchestra Wright): This is a pure soul ballad that is perfect for Timberlake's distinct falsetto ad-libs. I recognize elements of the "Purple Rain" percussion that Prince made famous back in the day.

"Losing My Way": It appears Timberlake is singing about drug addiction on this track. "Hi, my name is Rob and I work at my job making 40 something dollars a day.  I used to be the man in my hometown until I started losing my way," he sings. "Now I got a problem with that little white rock. And I can't put down the pipe. It is breaking me down." Nice touch is the children's choir at the end of the song, which turns it into a full-out prayer.

"(Another Song) All Over Again": This song was produced by Rick Rubin. But there is nothing rocky or grungy about it. Instead it invokes memories of a dark, smokey jazz lounge with Timberlake singing this homage to his favorite singer Donny Hathaway. This song is a worthy effort, but I prefer having the young Timberlake. This song makes him sound 20 years older.