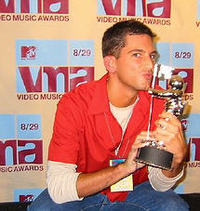 Yes! That's me kissing an MTV Moon Man after working the press room at my first MTV Video Awards Show in 2002. MTV just announced the nominees and performers for their annual music video fest that will be held August 31 in New York City.

The show returns to New York and that is the best news of all. I worked the Red Carpet last year and the year before in Miami and it even though it was in an airconditioned tent it was just way too hot and uncomfortable. Not only for reporters, but also for the talent who simply can't afford to look all sweaty in their funky do's on the carpet. The American Airlines Center in Miami was also a terrible venue to organize the show. The massive hall sucks the life right out of the party. The only drawback of the event at the Radio City Music Hall is that the Red Carpet is super short and so I will have tie myself to the ground to avoid being pushed back by the folks of W Magazine or InStyle. Those chicks are rough, believe me.

Good new about this year's event is that the performers will include Justin Timberlake, Beyonce, Ludacris, The Killers (again!) and newcomers Panic! At The Disco. With The Killers' Brandon and P!ATD's Brendon it will be a cosy Mormon reunion backstage. 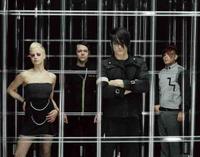 Los Angeles foursome Shiny Toy Guns have been stirring up MySpace over the last year with more than 3 million spins of their tracks. Now, finally, the group has inked a major recording contract with the honchos at Universal/Motown. More proof that radio is becoming less and less important for emerging artists to get noticed and receive major distribution. And on a related note, it is an interesting move for a big U.S. label to sign a '80s inspired electro-band. Perhaps there are some changes on the horizon in the R&B pop dominated charts.

In any event, today's guilt-free mp3 download of STG's "Le Disko" is not entirely representative of the group's overall sound. It is leaning towards a rock-infused Peaches tune while most of the band's tracks are much more reminiscent of the smooth synth pop of Propaganda, Thompson Twins and even Arjan Writes faves The Modern with the melodic man/woman duets and the crisp retro undertones. Listen for example to "You Are The One" and "Don't Cry Out" on the group's MySpace page. All these songs first appeared on the group's independently released "We Are Pilots" (V1) that came out in January 2005.

And What a Week It Has Been... 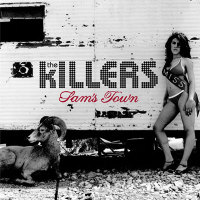 This was one of those weeks that the forces of nature collided in the pop culture universe to create some of the most noteworthy music moments of the year. First off, a bunch of new videos hit the airwaves, including a super hot one by Justin Timberlake (looking badass in his James Bond-ish black/white Prada number) and a terrible new video by Janet Jackson. What a let down that video and song is! I think a duet with Nelly is so four years ago. Obviously, she spent way to much time in a courtroom to keep up with what's hot and what's not. Also, Nick Lachey premiered a new video on MTV. I think the tune is blah, but I think Nick deserves points for proving to Papa Simpson he can make it on his own. Touche, Nick!  Also, Lance Bass finally showed his true colors and admitted he is gay. He's still pretty lucky to get the cover of People, because really, what has he done or achieved after N*SYNC? In other words, is he still mainstream enough for people to care? I don't see the big deal here. Also, the national media got a taste of The Killers' new record "Sam's Town" on Monday in New York City during a listening session hosted by Island/DefJam's Jay-Z. Besides from that somewhat freaky album cover, the album is a multi-layered rock fest that is best described as a modern-day rock opera. Expect at least three hit singles to come from this record. Lastly, Stereogum leaked Scissor Sisters' new single "I Don't Feel Like Dancin'," which is a total Bee Gees/Elton John throw-back. It is still growing on me. Anyways, after all this pop action this week I'm chilling down in South Beach this weekend. Back on Monday. Cheers!

Dangerous Muse in NEXT Magazine 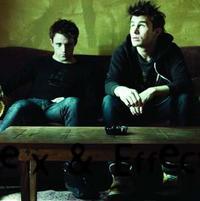 If you are in New York City make sure to pick up a free copy of NEXT on your Chelsea street corner this weekend. I wrote the magazine's cover story about Dangerous Muse after interviewing the guys at Le Gamin earlier this year. In related news, Dangerous Muse performed at the Gay Games in Chicago last week. You can see photos of their performance here.

You might remember I wrote about the music in that hilarious Heineken commercial earlier this year. The song in the advertisement is "Cobrastyle" by Swedish pop-rockers Teddybears who are now making a jump to the United States. The group is releasing their LP "Soft Machine" on September 12th on Big Beat Recordings. The album features a diverse array of guest vocalists, including Iggy Pop, Neneh Cherry, Elephant Man, Annie, Ebbot Lundberg of Soundtrack of Our Lives and Mad Cobra. Most of the stuff Tebbybears have put out is too rocky for myt taste, but "Cobrastyle" has a fun and distinct sound that makes it memorable and great party tune. Not in the least for that ding-dang-diggy-diggy chorus.