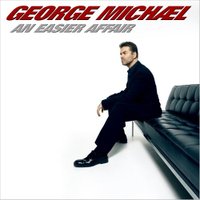 After a slurry of stupidity and lots of bad press, '80s pop icon George Michael attempts to return to the musical spotlight with his new single "An Easier Affair." It sounds unexpectedly good. It is a little dated sure, but it has a nice smooth vibe to that reminds me of his work on "Patience." The track is dedicated to his female fans who didn't suspect he was gay until he came out in 1998.

With his autobiographical lyrics he tries to redeem himself from the bad press in recent months. Lyrically, the song deals with his coming out as a gay man "I told myself I was straight , but I shouldn't have worried because my maker had a better plan (. . .) But I'm dancing with the freaks now, and I'm having too much fun."

He also confronts the recent controversies head on by singing, "It's an easier affair not living my life with other people on my mind. No, got nothing to hide from anyone. Yes, I'm walking on new air. Just living my life. I don't have time for the haters."

Whether you're over George Michael or not, I think he deserves kudos for not compromising the way he talks about his sexuality. Many others should follow his lead.