The multi-talented Karen Ström is a singer, novelist and freelance writer for several Swedish fashion magazines. Early 2001, she decided to move to Los Angeles to try her luck at launching a U.S. recording career. Signed to Nettwerk, Ström released her self-titled EP in 2004 but failed to capture audiences. She returned to Stockholm to continue to write and produce music independently.

In April, she released a few new songs on her web site. Ström now sings in Swedish and her sound has turned to the electronic side of the pop spectrum. Check out her song "Psykos" that deals with the dark sides of love. The song has a gorgeous crips and clear production that emphasizes her ethereal vocals that are almost operatic.

Arjan Writes faves Lo-Fi-Fnk have remixed the track that you can download for free. Listen to their (LFF Holiday RMX) and (LFF Holiday Club Mix). The electro pop duo has added their own distinct keyboard bells & whistles to create two totally fun mixes. [source] 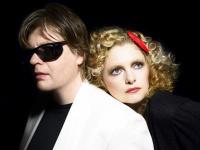 I knew it was too good to be true. Contrary to reports that are flooding the internets, a formal spokesperson for Mute, Goldfrapp's record label, told Arjan Writes today that the duo will not record the theme song of the new James Bond movie "Casino Royale." Mute also noted that Alison Goldfrapp and Will Gregory will not perform at the Austin City Limits festival even though the promoter still lists the band as a headliner on its web site. The band will possibly do a North American tour in the fall. Fans have been critical of Mute and claim the label has not done enough to support Goldfrapp's launch in the United States. But Mute is currently trying to bring the band back to the States for a fall tour. Due high demand for the band in different markets, the group won't be able to get stateside sooner.

SuperJupiter: The Gayest Song of the Summer 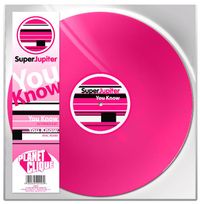 After Annie and Lorraine, Norway is spitting out another hot thing into the muscial stratosphere. And this one shoots straight for the gay universe. Meet SuperJupiter, a super fun disco foursome that was recently signed to Planet Clique and is ready to orbit the summer charts with their glammed up, slightly raunchy and bigger than life single "You Know." This is no joke. This is Scissor Sisters mixed up with Kylie, The Ark and Pet Shop Boys. I'm sure you can hear some other influences in this tune as well. But SuperJupiter is not just mishing and mashing some of their inspirations. Instead they create a genuine new brand of sound that is hyper-delicious and fits the pink vinly so well. Does it sound like I'm raving? I am. Listen to SuperJupiter now (I mean, right now). More about Superjupiter soon.

Stream "You Know" by SuperJupiter: 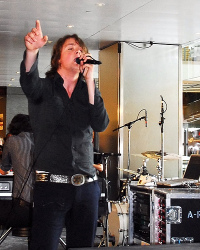 The guys from Keane have been jetting between Europe and North America to promote the release of "Under The Iron Sea." The trio was at Borders on Columbus Circle in Manhattan last Friday to meet fans, sign CDs, record an interview with VH1, and, most importantly, give an in-store mini concert. Look for Keane's television interview on VH1's VSPOT Top Twenty soon. Check out ome photos of Keane's visit to Borders that I posted on Flickr. 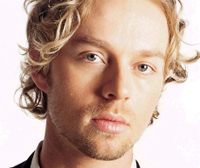 Aussie pop singer Darren Hayes is giving away an acoustic version of his passionate ballad "Unloveable" to support Positive Kids. This Sydney charity helps fund Camp Goodtime which supports HIV positive children and their families from across Australia and helps reduce the social isolation some of these kids experience. Head over to his web site to download a free MP3 version of "Unloveable" and if you want you can make a donation to Positive Kids.