arjanwrites.com: This Is The Man!

This Is The Man! 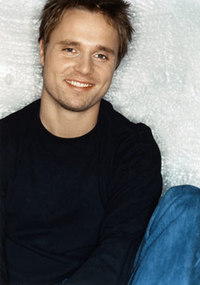 Who do pop stars turn to if they need a hit? Max Martin! The Swedish composer and producer has written hits for people like Kelly Clarkson ("Since U Been Gone"), Britney Spears ("Stronger"), Backstreet Boys, N*Sync and many others. The seclusive Swede and studio innovator is moving ahead with the time and the taste of the pop-loving public. While his songs still rely on catchy choruses, Martin's productions have grown from frothy teen pop to grittier pop-rock. His latest pop masterpiece is Pink's should-have-been-first-single cuz-it-is-fingerlickin'-good "U + Ur Hand" from her brand-new CD "I'm Not Dead." This track could easily be this year's "Since U Been Gone." (Thanks Perez for the Pink heads-up) [Source]