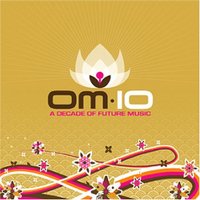 Indie label Om Records is celebrating its 10th anniversary with the very special three-disc compilation "OM: 10 - A Decade Of Future Music." Over the past ten years, the label has built a solid reputation as a provider of some of the best funky deep house, soul based hip-hop and grooving downtempo.

Started in 1995 in a small flat in San Francisco's Lower Haight, Om Records founder, Christopher Smith, set out to create a proper label by focusing on creativity rather than commercialism. Warned early on of a flawed business model that would put them out of business within a year, they were a bit too naive to pay any attention. But ignorance in this case proved bliss, where 10 years and 200 releases later, Om Records is still here and has been integral in helping to launch the careers of Mark Farina, Kaskade, People Under the Stairs, Marques Wyatt, J Boogie, Colossus, Naked Music and many more. 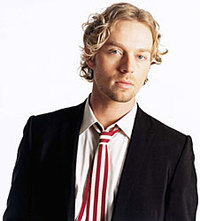 This is the fourth and final episode of my interview with Darren Hayes. The pop singer has been reading the transcripts on this blog as well, and when I talked to Darren last week he said the interview with Arjan Writes was one of his favorite interviews ever done. Gauging from the many emails I received, fans have been enjoying the interview with him as well. Thanks much for all your notes and questions. In this last portion, Darren once again talks about some very personal issues and he faces some persistent rumors about his sexuality head on. [Part 1] [Part 2] [Part 3]

There are a lot of rumors about your sexuality. Do you think that gay artists have a responsibility to come out?
No. I think it is a very personal choice. I think it is important for gay artists not to lie about it. I think that is insulting. I think we should give people their space. Jodie Foster is a perfect example. Is she gay? I don't know. Probably. But it is a very personal thing for her.

Stream Diplo "Live At The Guggenheim" 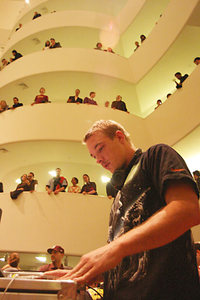 In December, Diplo spun at an exclusive party at New York City's Guggenheim museum during the First Fridays party series that was organized by Flavorpill. You can now stream Diplo's two-hour gig that is packed with his signature mix of hip hop beats, favela funk and '80s evergreens at AOL Music. Diplo kicks off his set with his delicious mix of The Yeah Yeah Yeah's "Gold Lion." Also, listen out for his mash up of Gwen Stefani's "Luxurious" and The Clash' "Rock The Kasbah." (Photo courtesy of Aarona Pichinson.)

Stream Mary J Blige "Be Without You" (Brucken & Sinden Mix) 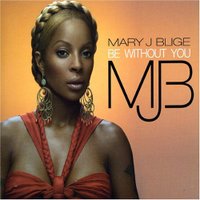 Diplo pals A. Brucken and Graeme Sinden are featured in the March issue of Fader magazine to talk about their new remix label Counterfeet. Just as Diplo, the hip London DJ duo specializes in producing hyperactive hip-hop with dancehall beats and a strong garage flavor. The two also did remix and production work for MIA, Annie and Lady Sovereignty that they will formally release on an upcoming  EP. Recently, Brucken and Sinden put out a fantastic remix of Mary J Blige's "Be Without You" that you can stream on their MySpace site. [source]

Stream Mary J Blige "Be Without You" [Brucken & Sinden Mix] 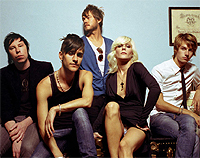 Sweden is home to some of the best bubblegum pop ever made. A brutally cold climate is evidently a breeding ground for great melodies. In the long-standing tradition of superb Swedish songwriting comes a whole new generation of artists who bring a rockier sound to the spotlight while maintaining convincing pop stylings. Case in point are bands like The Ark, Melody Club and The Sounds.

First up to release new work in the U.S. are Helsingborg five piece The Sounds. The pop-rockers released their debut "Living in America" in 2002, and gained notoriety across the States when they played the Warped Tour together with The Strokes and Foo Fighters. Even stars like Quentin Tarantino, Britney Spears and Pharell Williams have noted to be fans of the group.

On their new record "Dying To Say This To You" the group hooked up with an impressive group of producers to tweak their sophomore sound. They received help on the soundboards from Jeff Saltzman (who helmed the Killers' "Hot Fuss") James Iha (Smashing Pumpkins, A Perfect Circle), Adam Schlesinger (Fountains of Wayne, Ivy) and mixer Paul Q. Kolderie (Radiohead, Pixies, Hole).

Brimming with attitude, "Dying To Say This To You" is an entertaining collection of songs that exposes The Sounds' Blondie-esque punk-pop sensibilities and their penchant for pop-savvy melodies and sheer, simple fun.

Check out two guilt-free downloads of two brand-new songs from their album. Most representative of the entire album is "Painted By Numbers." Good stuff. If you like what you hear, make sure to also listen to their song "24 Hours" on this mediaplayer.