arjanwrites.com: Kylie Minogue "Over The Rainbow"

« Free Download: Nightmare of You "Why Am I Always Right?" | Main | Alison Goldfrapp Confronts Gay Rumors on LOGO »

Kylie Minogue "Over The Rainbow" 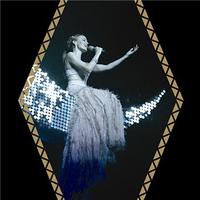 Parlophone has released Kylie Minogue's live rendition of the Judy Garland classic "Over The Rainbow" exclusively as a digital single on 7Digital. The song was recorded at London's Earl's Court earlier this year. Even though 7Digital lists its prices in British pounds it accepts all major (U.S.) credit cards if you'd like to get the single. The cover of this song takes on a whole new meaning considering Kylie personal struggles this year. Very touching.