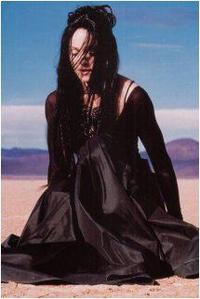 Believe it or not, but a Belgium judge has banned Madonna's "Frozen" after the celebrity has been found guilty of plagiarising some of the contents of her hit single "Frozen." Madonna was sued by singer Salvatore Acquaviva, who claimed that "Frozen" contained four bars of his own song "Ma Vie Fout L'camp."  The judge ordered "Frozen" to be withdrawn from all record shops in Belgium (including the "Ray Of Light" album on which the song appeared). It can also no longer be played on radio and television. Hear what all the fuss is about. Compare a small portion of the two tracks and decide for yourself. [source]

Listen to a clip of Madonna vs.Salvatore Acquaviva