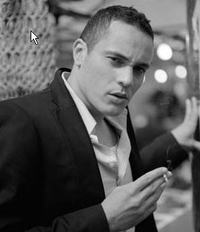 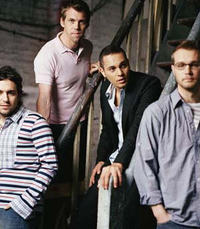 British pop-rock outfit Kubb is generating a steady amount of buzz. Fronted by handsome 30 year old singer Harry Collier, the band's music has been compared to Coldplay, Keane and even to work from Elliott Smith and Jeff Buckley. After living in London, Cornwall, Tobago and Liverpool, Collier was discovered when he worked at the Organic Cafe in London and sang happy birthday for Faithless' Rollo. The two collaborated on a few house tracks, but they never completed any songs. Instead, Collier met Ben Langmaid and Jeff Patterson in the studio that led to the formation of Kubb.

On Monday, the band is releasing their debut "Mother" in the U.K that features their previous single "Remain" and their most current hit "Wicked Soul." Emotive and heartfelt, the record mostly deals with the gripping life stories of Collier who is a son of a priest. In an interview with the BBC, he semi-jokingly describes the band's music as "a tiny bucket of unrefined treacle the noise it makes when a swan steps into it and tries to shake it off her foot." No matter how you describe Kubb's sound, "Mother" is a strong debut from a sexy new band.