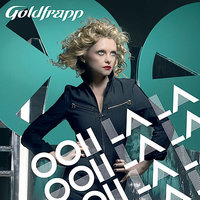 Straight from the source: "As part of the global strategy to launch and break the highly anticipated forthcoming album by GOLDFRAPP--the U.K.'s finest electronic pop alchemists--Mute US will now release 'Supernature' in February 2006 to accommodate the overwhelming demands of the international marketplace. The UK and Europe--where demand for GOLDFRAPP is extremely high, both on the promotional and touring side--will release the album on August 22, 2005.  European tour dates begin this summer with  festival dates and continue into the fall with club dates.  The duo--Alison Goldfrapp and Will Gregory--are already in the midst of a very extensive European promotional trip. Because of the demand for GOLDFRAPP in the UK and Europe, Mute U.S. will release the album in the New Year to take advantage of the increased visibility and flexibility in the band's schedule.  This scenario allows them to be in America to coincide with Mute's U.S release date in February."