UPDATE (1/5): I found some shots of the video's censored scenes here (warning: adult content, not work-safe)

Adieu 2004! Here's to a great and inspired 2005! And let's start the year with a bang. Scissor Sisters' controversial video for "Filthy, Gorgeous" is out in Europe and now available online [Real] [WindowsMedia]. The single will be formally released in the UK on Monday. Look at the daring single sleeve art here.

The clean version of the video I initially found online runs almost 4 minutes and is mildly censored. It is taken from a broadcast by Dutch music station TMF that bleeped out words like "acid" and "shit." There is also a couple of explicit (oral) sex scenes that were morphed to become unrecognizable (yes, that was even too racy for Dutch cable TV!).

Stream the clean version of the video (free):
[Real]
[WindowsMedia]

Set in a New York East Village whorehouse, the video portrays pure debauchery with Jake Shears starring as a prostitute and Ana Matronic as his pimp. Clubgoers are standing in line to pay the singer for their ultimate fantasy. Shears plays with whipped cream, licks, wrestles, rides and shares the bed with a group of females. The video has cameos from drag king Murray Hill and Charlotte Rae, aka Mrs. Garrett from The Facts of Life.

The video concludes with a carnivalesque performance of Scissor Sisters surrounded by wild dancers, colorful drag queens and leather daddies.

You can download a full-length MPEG of the video here (pay site). Read on to see more screen captures from the video. 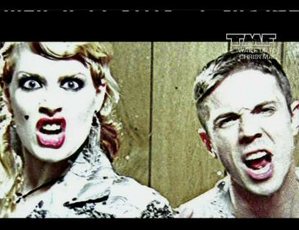 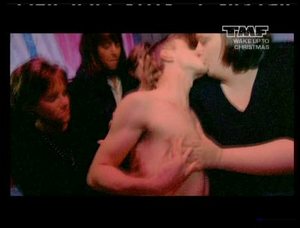 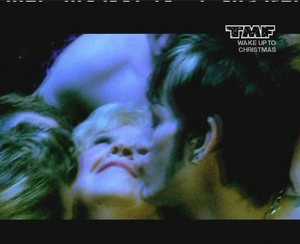 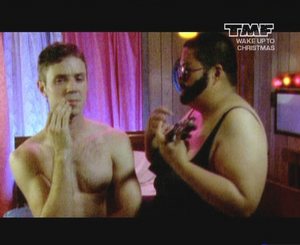 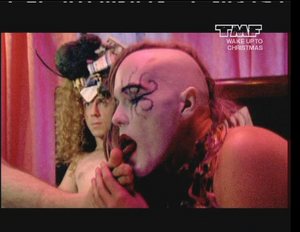 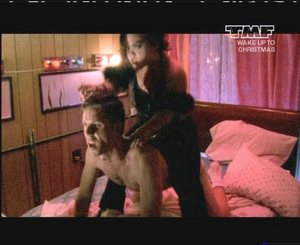 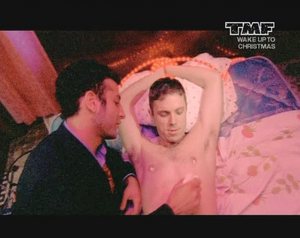 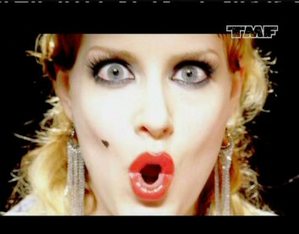 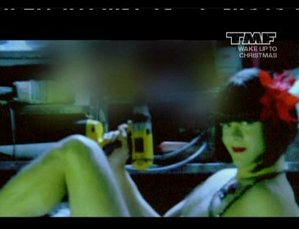 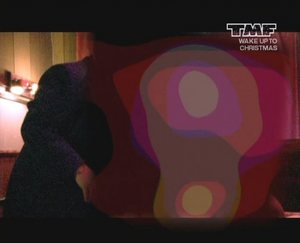