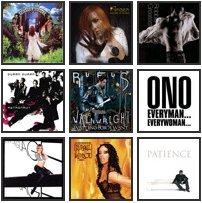 With the end of 2004 nearing, I found it appropriate to put to together an iTunes 2004 Mixtape with some of the most memorable tracks and musicians of the year.

The list does not necessarily reflect my own personal taste. My objective was to create a mixtape with tunes as diverse as the readers of this blog. I also wanted the list to include artists that made a difference this year with their lyrics and public opinions.

George Michael, k.d. lang and Rufus Wainwright are no-brainer picks for this 2004 iTunes Mixtape. These artists continue to push the envelop as openly gay musicians with music that is both genuine and bold.

Scissor Sisters are hands-down the breakout act of 2004. Jake Shears, Babydaddy, Ana Matronic, Del Marquis and Derek present a sassy blend of '70s glam rock and drag-inspired disco. As a lyricist, Shears is not afraid to tackle real issues that affect the gay community. Good example is the grim "Return To Oz" on which he sings about the destructive effect of crystal meth. I added two songs from the group's debut album to the mixtape that I feel represent the Scissors' cutting musical range.

Also included are some more obscure (read: overlooked) artists like R&B singer Ari Gold and piano crooner Casey Stratton that you might like to try and enjoy.

Of course, no mixtape is complete without some worthy party beats. RuPaul, Kevin Aviance and a 2004 mix of Deborah Cox' "I Never Knew" represent a small portion of the house music that was put out in 2004.  Dutch singer and circuit favorite Amber made an impressive comeback this year with her indie record "My Kind Of World."

Yoko Ono's protest song "Everyman/Everywoman" was an encouraging message in this year's continuing struggle for equal civil rights for gays.

International picks are Robbie Williams (gay or not gay, you gotta love him anyway), Duran Duran (the original fab five) and Junior Jack (with that delicious "Da Hype").

Then there are of course The Killers and Franz Ferdinand, the underground rock darlings with their ambitious gay-tinted lyrics that has left many of us wondering

Newly crowned gay diva Gwen Stefani recently embraced the gay community in an interview with HX. Also, Kylie Minogue's "Slow" has kept us lusting after those hunky Spanish amigos in her video for thr song. Both are included on the mixtape with recent hits.

Lastly, there are a bunch of straight musicians that I met this year that were very open in their support of gays. Sarah Hudson, Butch Walker, Jem and others have told me how supportive they are of gay marriage, which puts their music in an entirely new perspective.

Sexy Geri Halliwell Back in the Charts [MP3] 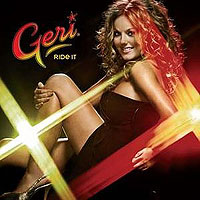 Girl band Girls Aloud held on to the number one position in the British pop charts with their awful rendition of The Pretenders' "I'll Stand By You." New in the chart this week (entering on number 4) is ex-Spice Girl and gay favorite Geri Halliwell with the seductive pop stomper  "Ride It."

This is Halliwell's first new effort after a three year hiatus from the music scene. The single is taken from her forthcoming third solo album (due May 2005). She co-wrote the track with Swedish duo Quiz & Larossi and it has been produced by mixer Ian Masterson.

Halliwell has been able to maintain a fairly successful pop career after leaving the Spice Girls. She's vying for attention with Emma "Baby Spice" Bunton who is expected to release an album early next year [read my earlier report]. Sexy spice is not a terrible gifted singer or songwriter, but with her flirtatious persona and brash attitude she pulls off some worthy pop entertainment and another dancefloor hit. 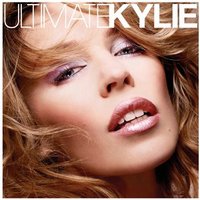 Kylie Minogue's greatest hits compilation was released in the U.K. last week. Check out the "Ultimate Kylie" e-card for a tracklisting, a few song previews, the video for "I Believe In You" (collaboration with Scissor Sisters) and a special video message from the Aussie pop kitten. Nothing special, but I thought I'd mention it anyway. 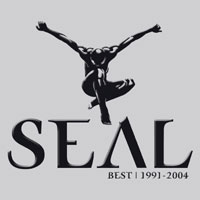 Pop soul singer Seal has put out some of my all-time favorite songs. The combination of his powerful vocals and inspiring lyrics have created classics like "Dreaming In Metaphors" and "Crazy" (with that ambiguous line "We're never gonna survive unless we get a little crazy crazy") that continue to echo encouragement and resolution.

The Grammy winning vocalist and songwriter has now put together his finest on "Seal Best 1991-2004" (Media Sampler) This fourteen-track compilation features both key tracks and international single hits. But what makes this double CD really a great value is the addition of a bonus CD with thirteen acoustic recordings of his hits.

The disc includes all of his hits such as "Crazy," "Killer," "Kiss From A Rose," Prayer For The Dying" and the more recent VH-1 favorites "Get It Together" and "Love's Divine."

One of the tracks that was not released as a single, but thankfully is included on the album is "My Vision." The song is a signature Seal tune that he wrote with Ministry of Sound's Jakatta. It first appeared on Jakatta's album "Visions" in 2002 that also includes the group's theme for the "American Beauty" movie. Different versions and remixes of the gorgeous "My Vision" are now available:

I enjoy both the mellow version from "Seal IV" and the Jakatta mix that is included on "Seal Best 1991-2004." Both songs show Seal's wide range and versatility that easily take his meaningful lyrics and soulful voice from the dancefloor to your living room. Kelly Clarkson pulls an Avril in her new video

On her newest single "Since U Been Gone," Kelly Clarkson transforms herself from a sweet ballad singer to a flaming pop rock bitch. In the video for the song, the bubbly American Idol winner skillfully pulls an Avril to create a not so original, but oh so tasty chart pleasure.

Clarkson breaks with her good girl reputation and is shown throwing around make-up and picture frames, shredding clothes and emptying a container of birth control pills in a bathroom sink. She sings, "You had your chance, you blew it (...) Shut your mouth, I just can't take it. Since you been gone I can breathe for the first time."

Watch Kelly's new video for "Since U Been Gone"

At the end of the video, it appears she entered the apartment of her ex-boyfriend's new girlfriend for some sweet revenge Alanis-style. You go girl! After Clay, Kelly is now our new favorite American Idol chick.

"Since U Been Gone" is taken from Clarkson's forthcoming second album "Breakaway" that will hit stores on November 30.