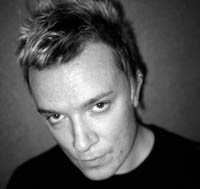 (EXCLUSIVE) Liam Howlett is not very happy. The band leader of the Prodigy is upset with Maverick Records for supposedly doing a lousy job of marketing the group's latest record "Always Outnumbered, Never Outgunned." U.S. sales for the new CD, which was released on September 14, have been a huge disappointment.

The album sold only 16,000 copies in its first week (compared to 396,000 for Nelly's "Suit" that debuted in Billboard's top spot). Things are different in Europe where this fourth Prodigy album is ruling album charts.

Howlett lashes out in an interview this week with arjanwrites.com. "This is Maverick's fault. They don't know what to do with this record. They didn't get behind it and push it hard enough," he says from London. "I don't think people in America know it is actually out yet."

He wonders if a smaller indie label would be a better fit for the Prodigy's electro-punk instead of Maverick, which mass markets artists like Madonna, Alanis Morissette and Michelle Branch to a pop-oriented audience. "To be honest I don't think [Maverick] is the label for us to be on. We probably need to be on a label that understands how to build us from the underground up. That is what this record is about," Howlett says.

Howlett takes his anger with Maverick even further and argues that the Prodigy's previous success in America cannot be credited to the label's fat marketing muscle. "'Fat of The Land' was already a huge hit in England with 'Firestarter' and everything (. . .) and we got huge support from MTV in America. All the [success] relates to before Maverick put the record out."

"I know America is different," he says. "We need to build a cult presence. That's why we have more succes in Europe than in America. It is a shame really. But it doesn't really affect us as a band. We're still coming across to America to play some shows and stuff.

Besides the need to reevaluate his own artistic instincts, Howlett has a point. Maverick has continued to be in disarray after Warner Bros. has taken full control of the label. Talented Maverick artists like Tyler Hilton hardly get the attention they deserve and proven sellers don't fare any better. Alanis Morissette's new album did only so so and Michelle Branch keeps postponing new work.

The Prodigy might just as well go back to a smaller label to get the creative and fresh marketing ideas they need for their ahead-of-the-curve sound. Yet another reason for major label talent to stick to indie imprints as recently discussed in the Japan Times Online (via Largeheartedboy).