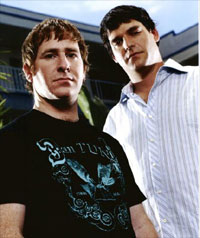 "A lot of artists that we’ve remixed have a really big following in the gay community. When I started as a DJ I listened a lot to Junior Vasquez in a room full of shirtless gay guys. You have to respect that. I understand it. I loved it (. . . ) I support equal rights for gays. The current administration is ridiculous. If liberty is for all why would that exclude somebody because they have a sexual preference that is different than what the government thinks is cool. We have a very strong opinion about that. "

Dave Dresden from famed DJ/production duo Gabriel & Dresden in an interview with Arjan.