arjanwrites.com: These Killers Are Sexy

These Killers Are Sexy 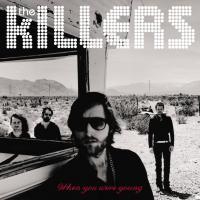 The British pop charts have been a hot bed of some of the summer's most popular new gems. Franz Ferdinand, Grand National, Snow Patrol, Keane and Scissor Sisters are some of the bands that are vying to be this season's breakthrough act.

The Killers are one of the bands that stick out from the pack. Based in Las Vegas, Nevada, this band has been smoldering the British airwaves with their catchy synth rock.

It often seems that gays have no interest in rock music. They tend to change stations for the genre's crunchy sounds, sexist lyrics and smelly lead singers.

But The Killers' debut album "Hot Fuss" (iTunes link) is an exception to the unwritten "not-intended-for-gays" rule. Their gay-friendly '80s inspired sounds are reminiscent of New Order, The Smiths and the gayest straight band in history, Duran Duran (who are prepping a comeback in October).

The band gladly incorporates these influences in its music. In fact, the group name was taken from an old New Order video. 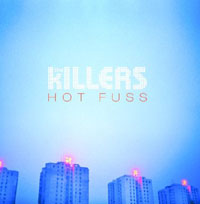 The Killers got their start in their hometown Las Vegas in 2002. After 22 year-old singer Brandon Flowers (how gay can a last name get?) was dropped from his previous band, he grouped up with David Keuning (guitars), Mark Stoermer (bass) and Ronnie Vannucci (drums).

The guys started writing and rehearsing songs in a small desert garage. In 120 degree temperatures heat, the group cooked up some of its catchy tunes that are now the basis of "Hot Fuss."

The single "Somebody Told Me" has an unexpected gay twist to it. Singer Flowers croons about an androgynous girlfriend, "Well somebody told me, You had a boyfriend. Who looks like a girlfriend. That I had in February of last year."

"Hot Fuss" is a refreshing debut from an energetic new band that is more pop than it initially looks.