Some say Italians do it better, while others argue just the opposite. DJ Junior Jack proves there is nothing wrong with a bit of attitude. This Italian stallion is on top of his game and recently released his full-length debut “Trust It" (iTunes link).

Junior Jack, born Vito Lucente, was born in Italy but moved to Brussels, Belgium as a teenager. In the avant-garde Belgium club scene he submersed himself in different house genres. He quickly developed a love for stylish disco house. Not your average, run-of-the-mill house beats, but fierce baselines combined with the frivolity of disco music.

After launching his own record label, he put out his first single “Thrill Me” in February 2002. The tune became a global sensation that put Jack on the map as a talented DJ, remixer and producer of dance music. 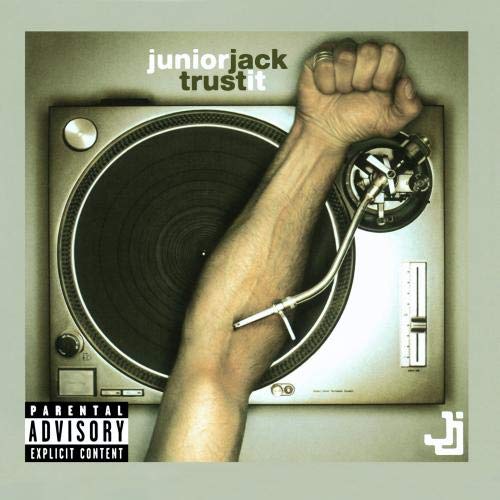 More than two years later, Jack finally releases his long-overdue debut. On the 16 tracks of “Trust It” he injects listeners with a heavy dose of his celebratory disco house. Ferocious baselines, hooky choruses and Mediterranean textures are all part of his formula.

Highlights include “E-Samba,” an infectious Latin-flavored track that was a summer club hit in 2003. "Stupidisco" is another delicious track that brings disco back to the dance floor.

The odd coupling of The Cure’s Robert Smith' vocals and Jack's fierce beats on the chart topping single "Da Hype" creates a vibe that is hard to ignore. Jack experiments with a more subdued sound on “Alone” and the modest “Depression.”

“Trust It" is a first-class house CD that has summer and sexy written all over it.