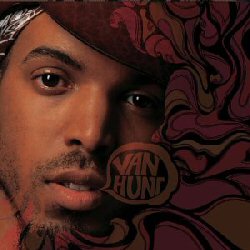 Newcomer Van Hunt is a man of few words but a lot of emotions. The 26-year-old singer puts his own spin on classic soul music with poignant lyrics about love and relationships that are impressive for a performer his age.

And his subtle observations are resonating with a diverse group of listeners, including gays.

Hunt's self-titled debut album is generating buzz among critics and music lovers alike, who are always on the lookout for the next big thing. His album is steadily moving up Billboard's Heatseeker chart and is included on the playlists of influential radio stations, such as KCRW in Los Angeles.

The musician’s return to '70s music is refreshing in a time when radio is saturated with slick hip-hop, rap and R&B. Hunt takes cues from old-school blues, soul and funk with laidback rhythms, bouncing baselines, sweet vocal harmonies and a sense of realism in his lyrics.

The Ohio native names Sly Stone, Prince and Ray Charles as his main influences. He says these artists had the courage to push the envelope and create a blueprint for black music that still is influential today.

"They went over the fence to mix certain genres," he says. "Ray Charles, for example, borrowed from jazz, R&B and blues, and that made him different. Sly Stone mixed in rock, and Prince borrowed his glam from funk and pop."

But the singer/songwriter does not like to have his work labeled as neo-soul.

"When I listen to my music and I compare it to so-called neo-soul artists like Angie Stone and Jill Scott, I don't think I sound anything like them," he says. "The only similarity is that we’re all black people singing some songs."

Hunt credits his old-soul sound to being surrounded by older people and music during his upbringing.

"As a kid, I went with my parents to parties where people played a lot of old soul music," he says. "The music started to play and the whole room would explode with energy. I always wanted my own music to be a backdrop for that."

Hunt, who now lives in Atlanta, was not compelled to make any political statements on the debut album, but he says that might change on his next CD with “"so much going on in the world."

Hunt says positive aspects of life inspire him the most.

"Sadness doesn't do it for me. I eat when I get depressed," he says. "My lyrics might be sad at times, but there is always a festive ending, and I don’t mind using humor to make my point."

An example of how Hunt puts a positive spin on sour relationships is evident with his song "Down Here In Hell (With You)" on which he croons, "What would I do when we were perfect. Where would I go for disappointment? Love without pain would leave me wondering why I stayed."

Hunt says he has never met anybody who is completely happy in a relationship.

"It is really powerful if people are always committed to working it out," he says. "That’s what that song is about."

He not only wrote and produced most of the songs on his debut album, but he also played most of the instruments on it. The multi-talented artist says he considers songwriting the most satisfying, because he can put all the elements of a song together.

Of all the instruments he plays, he enjoys drums most.

"You can actually put a lot of personality in playing the drums," he says. "I can make it soulful, funky, or even classical. You just can't really mess it up, because everybody will stop and notice."