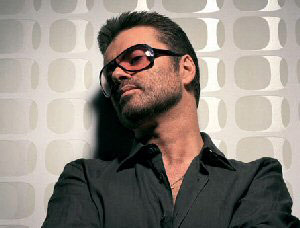 George Michael proves that there is life after public humiliation. Some people have argued that the British gay singer was never able to recapture his momentum after he was forced to disclose his homosexuality following his arrest in a men's restroom in 1996.

The reality is that Michael decided years earlier to steer his career away from the public spotlight. After being a global teen pop idol for more than a decade and a bitter legal dispute with Sony Records, the singer had enough. He wanted to make music his way.

His latest collection of songs deal with depression, love and his lust for life. Musically, the singer combines stylish dance beats and soulful ballads with his signature tongue-in-cheek lyrics.

Arjan recently had a brief email conversation with George Michael to discuss his new record.

Arjan: What inspired you to make this album?
George: The inspiration behind this album was to survive. I was obsessed with this project because it took so long to arrive at a finished album. Some of the album was molded by the time we're living in. But the major thing was to make an album that wouldn't let people down. That was my obsession.

Arjan: What did you intend to say to your boyfriend Kenny in the song "American Angel"?
George: I think really at the core is the way that Kenny stood by me through my depression. The day or days after I met Kenny my mother told me she had cancer. So he never knew me without this terrible thing hanging over me. So the fact that he's stood by me.

Arjan: Do you think it is easier for you to re-launch your career in Europe than in the US?
George: I'm not really sure, the truth is I haven't promoted here therefore I've disappeared. I have a feeling if they would have heard the music it would have been the same.

Alanis Morissette is tired of being angry. On her latest record "So-Called Chaos," the singer breaks with the bitterness that dominated her three earlier CDs.

The result is a calmer, more mature singer who is ready to explore other subject matters. Morissette, 29, even sports a fresh new hairstyle in her latest music video, "Everything." She had her long locks cut off as a symbol of breaking with her past.

Morissette, a Canadian, burst on to the pop scene in 1994 with the cathartic "Jagged Little Pill" that included the unforgettable bitch anthem "You Oughta Know." The record became one of the most noteworthy and best-selling albums of the ’90s.

Her follow-up records, "Supposed Former Infatuation Junkie" (1998) and "Under Rug Swept" (2002), gave Morissette the opportunity to experiment musically, while her songwriting remained confessional. 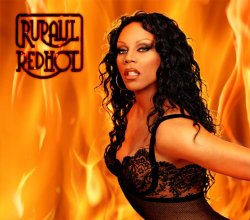 RuPaul is ready to let them have it. The drag icon will continue to spread a message of love and tolerance on her much-anticipated comeback album "Red, Hot." The record will hit stores on June 22.

A press releases describes the album as "a collection of new dance songs that are guaranteed to set the dancefloor ablaze and ignite passion in the soul."

The artist explains in a written statement that this is a good time to return to the music scene. "I felt compelled to make this CD because of what's happening socially and politically in the world right now," the entertainer says.

"My presence has been missing from the cultural landscape for too long, and I'm ready to shake things up a bit. My first order of business is to release an album that heralds the power of truth, beauty, freedom and love. If you can dance, you can start a evolution."

She continues, "Shortly after the unveiling of my wax portrait at Madame Tussaud in Times Square, I chose to devote the lion's share of my time to my personal growth and to my family. I reconnected with the part of me that I had left behind. Now, four years later I'm recharged, looking good and feeling gorgeous."

Will & Grace: Who's Your Daddy?

"Will & Grace" will be singing a different tune later this year. NBC is currently creating a soundtrack for the popular sitcom, which is scheduled for release on September 7th.

According to an NBC spokesperson, the compilation will be "witty, refreshing, fun, flirty and irreverent are that appeals to people of all ages and backgrounds."

The compilation will be titled "Will & Grace: Who's Your Daddy" and feature songs from and inspired by the show. The album will include classics like dance hit "Got To Be Real" by Cheryl Lynn, "Can't Help Lovin' That Man" by Ella Fitzgerald; as well as new recordings by the cast members themselves performing with some of the world's most renowned artists.

Megan Mullally told Arjan (interview) last year about a duet she was preparing with lesbian singer kd lang. This song is rumored to be included on the CD as well.

"Will & Grace: Who's Your Daddy" also includes new recording of "Footloose" by Kevin Bacon/Bacon Brothers as well as a dance remix "Who"s Your Daddy: The Will & Grace remix" which lifts portions of classic "Will & Grace" one-liners and dialogue and incorporates them into the track.

Deborah Cox likes to repeat herself. The Canadian singer released a second greatest hits album in a row. After "Remixed," a set of remixes of some of her most popular dance hits, BMG Music has put out another greatest hits compilation.

It seems a bit premature after only three original albums to boast a greatest hits collection. Nonethless, Cox' achievements have been impressive and can easily fill up a full-length CD.

"Ultimate Deborah Cox" counts 17 tracks that chronicle her entire career and includes hits such as "Absolutely Not" and "Nobody's Supposed To Be Here." Noteworthy tracks are her duet with Whitney Houston on "Same Script, Different Cast" and a Valentin mix of "Something Happened On The Way to Heaven."

Step back in time and read Arjan's interview with Deborah in 2003.