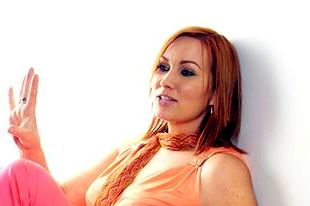 Dance diva Amber loves her club fans but is ready to do something different. After a bitter financial and creative dispute with Tommy Boy Records, the Dutch singer is preparing the independent release of her new album “My Kind Of World” early this spring.

In the meantime, the singer of chart-toppers such as “This Is the Night” and “Sexual (Li Da Di)” will be touring the country to perform old hits for her adoring fans.

Together with famed production duo the Berman Brother, she sang songs like “One More Night” and “Above The Clouds” to the top of the international pop charts. With her sexy videos, powerful vocals and the Berman’s hooky productions she became of one the most successful club singers of the last five years.

One might think Amber is on top of the world with all her success. The truth reveals otherwise. “The past few years have been difficult, but I feel I have paid my dues and I’m ready to move on,” she tells Arjan in an exclusive phone interview from her home in upstate New York. 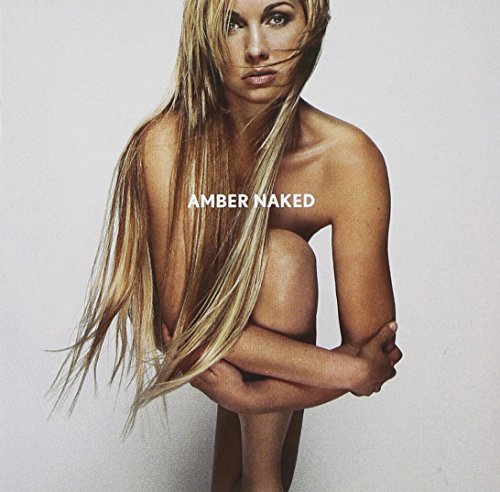 Amber calls the hits she made with the Berman Brothers “shallow” and not the type of music she wanted to put out. Her father is a professional opera singer and her mother is piano teacher, and Amber was looking to challenge herself more musically.

Even with her club hits, Amber claims she has always tried to take her dance music to a different level. It is not all just “boom boom boom.”

Amber, who is now in her thirties, explains that she was naive when she first entered the record business and agreed to contracts and terms that were not in her best interest. “When I started my career I signed a deal with the devil,” she says. “Publishing rights were stolen from me. So many ugly things happened.”

The singer believes that chart success does not always benefit the artist so much financially. “People are wrong if they think that all pop stars live like those celebrities on MTV Cribs,” she says. “There is only a very small percentage of records sales that actually ends up with the artist. Most of it goes right into the pockets of the record label.”

“What has always been an issue for me in this industry is to be controlled by other people,” she explains. “Controlled in terms of what to think, how to act and how to look. I don’t like that and when it boils down to being an artist you want to be able to have full freedom of creation.”

Amber’s dream of making music her way finally comes true with the forthcoming release of “My Kind Of World.” The first single is a rocky guitar track called “You Move Me.” She co-wrote and produced the album with long-time collaborator Wolfram Dettki

She describes the songs as “electronica” with “a darker sound” that is “very emotional.”

She is not afraid she might alienate a large portion of her fans with a new sound. “Fans come and fans go,” she insists. “I cannot live my life pleasing everybody around me if I’m not happy in the first place.”

“No worries there will still be mixes,” she quips.