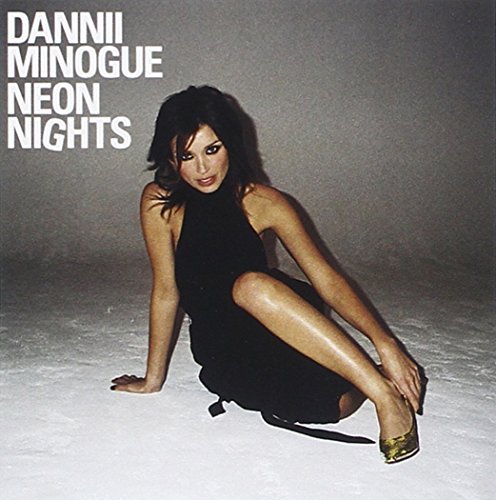 Dannii Minogue has been dominating the Billboard dance charts for a number of weeks with her global smash “I Begin To Wonder” from her album "Neon Nights" Kylie’s younger sister is happy to finally step out of her sister’s shadow.

"Neon Nights"  features a pulsating blend of sleek underground dance, pop and electronica that appears inspired by London nightlife and ‘80s pop music. “I was inspired by a lot of the music I grew up with – Madonna, Scritti Politi and Kraftwerk,” said Minogue in an exclusive interview with Arjan in a London airport lounge.

Minogue is not just a pop singer. She designs her own clothing line called DANNII and has continued to act throughout her singing career. Most notably, she joined the London cast of Macbeth in 1999 and played in the Vagina Monologues in 2001.

She also is a celebrated model and even posed nude for the international edition of Playboy in the mid-nineties.

Kylie Minogue’s younger sister admits there is no rivalry between the two. "I really respect what Kylie is doing at the moment,” said Minogue. “We were raised in a family of love and support and that has not changed."

However, Dannii agrees that it has been often hard to find the respect from critics, fans and the media who have always compared her to Kylie.  "It is hard to be compared all the time to Kylie," said Minogue. "On the other hand, however, people will always try to compare you to somebody. Look at Britney and Christina."

The star feels that having a famous sister also works in her favor. "My last name is getting a lot of attention. It makes a great headline. It opens doors and provides a lot of opportunity and I’m very thankful for it. I wouldn’t want it any other way."

Kylie recently released her latest CD "Body Language" in Europe. “I have not listened to the entire album yet," said Minogue. "I went to her release party in London and I really enjoyed the whole French Brigitte Bardot vibe."

"She is obviously inspired by her love life," smirks Minogue, hinting at her sister’s relationship with French actor Olivier Martinez.

She is particularly thankful to her gay fans who she credits for much of her success.

"Gays have always been a part of my music," said the star. “I have never jumped on the pink bandwagon to increase my popularity. It just came naturally."

She explains that gays connect instantly with the spirit of her album. "'Neon Nights' is all about having fun and going out dancing,” said Minogue. "Gays love to have a good time and this is the perfect party record for them."

The singer feels strongly about social equality for gays, but believes that the struggle for equal right such as marriage is not a black and white issue.  "Some kind of certificate of commitment is important. It doesn’t have to be a marriage," said Minogue. "Something official that is accepted by all government bodies would be sufficient. As long as you can have a special day together that is recognized by the government is what counts."

She smiles, "I have been married and divorced myself. So I know what it means."

The sleek "Neon Nights" features an eclectic group of producers and writers, such as Nemo, Jean Claude Ades, Korpi & Blackcell and Jewels & Stone.

The star explains that it was important for her to get away from the trends that were in the London club scene. “I wanted to come up with a sound that could be identified as mine.” said Minogue. "That's why I chose producers and writers that were young and fresh, and that were not necessarily from the UK."

"A fan once wrote me that my music really puts her in the mood to go dancing. I think that's what I wanted to achieve with this album with songs that make you feel sexy and great."