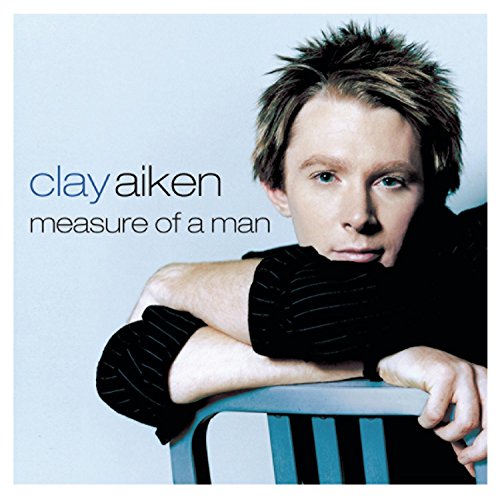 Clay Aiken is number one again this week. His debut album "Measure Of A Man" tops the Billboard Album Chart for a second week in a row. Clay is ecstatic. Nobody had ever heard of the nerdy Carolina social worker twelve months ago until "American Idol" came along. The FOX series brought the singer fame, teenage fans and a serious record deal.

Aiken's songs are written by Diane Warren, Desmond Child and Cathy Denis. The compositions are slick, infectious and touching.

I have to admit that there is someting very compelling about Clay. It is that voice, that fashion, that carrot-dye hairdo.

"Measure Of A Man" might not be the record of the year, but it is definitely one of the best pop albums of 2003, not in the least because of Aiken's surprising and refreshing persona.