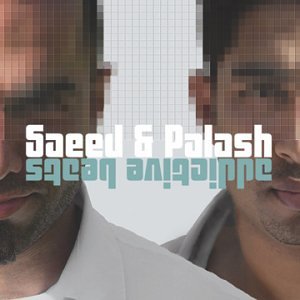 Grammy-winning Peter Rauhofer is one of the most influential superstar DJs in the country. His long list of credentials includes weekly stints at New York’s Roxy and remix work for Madonna, Britney Spears, Pet Shop Boys, Cher and Donna Summer.

Besides his larger-than-life spins at Manhattan nightclubs and circuit events nationwide, Rauhofer is also the owner of *69 Records. "Addictive Beats" by DJ/remix/production duo Saeed & Palash is one of Star 69’s latest projects.

The double remix record is a fresh blend of tribal-infused dance beats that introduces the duo’s unique take on house music, incorporating their Middle Eastern and South Asian backgrounds.

Saeed Younan and Palash Ahmed met in 1994 before they entered their first semester at Virginia’s Commonwealth University. Saeed came to Washington, DC, from Iraq at the age of 13, and Palash moved stateside from Bangladesh when he was 8.

With their common vision on electronic music, the two were quickly absorbed in Washington’s emerging club scene.

Saeed and Palash tell Arjan that their immigrant status never affected their DJ career in a negative way.

“Nobody judges you in the dance scene,” Saeed says. “It is all about the music.”

If anything, their different ethnic background gives them a distinct edge. Saeed and Palash have a unique perspective on dance music with a different set of vibes, moods and sounds.

Palash developed the duo’s album as if it was a mind-expanding trip through exotic places.

“I wanted the CD to make the listener feel like they are on a journey which starts out in a warm moonlit night in Egypt and continues through the Mediterranean,” Palash says.

“That’s right,” says Saeed. “It makes it all more interesting when you show people how diverse you can be.”

The two are banking that the ethnic influences in their remixes are a taste of future dance music in America.

“I think South Asian music is getting more recognition these days ever since Madonna feathered it,” Palash says. “That music is very percussive and makes you want to move. It’s already mainstream in England, and America will be next.”

Saeed and Palash are very thankful to their gay fan base, they say. The pair played Twilo and other gay nightclubs in New York, and they performed at Montreal’s annual Black & Blue event a few years ago.

“Back in the day, gay people responded really well to house music, but today I think both gay and straight people enjoy the sound,” Saeed says. “It often depends on the culture of the particular city we’re in.”

Feeling out the crowd is essential in preparation for a gig, Saeed says.

“I pack enough records to make sure I have a good selection of music to work with,” he says. “I like to get to the club at least one hour early to feel out the crowd. Every place we go to has a different vibe, so it’s always good to know what people are into before you drop your first record.”