The musical flick was nominated for the Grand Jury Prize at the Sundance Film Festival earlier this year and more recently, it was the “Best Feature” at the Provincetown International Film Festival.

DJ Wendy Hunt has had enough of circuit parties. After playing the circuit for more than 20 years, she said she is tired of the drugs, greed, reckless competition and infighting on the organized party scene.

Recently, Hunt boldly announced her retirement from the circuit. In a press release, she also noted that she recently battled breast cancer and feels she no longer has the energy or tolerance needed to compete in the circuit world.

Revenge of the Mousketeers

The tour is not the first collaboration for Timberlake and Aguilera. They previously worked together as Mouseketeers on Disney’s “The Mickey Mouse Club” in the early ’90s. The show has been a fertile breeding ground for the recent teen pop movement, including Disney veterans Britney Spears and some of Timberlake’s fellow *NSYNC members, who are planning to reunite with him for future albums.

Continue reading "Revenge of the Mousketeers" »

THIS WEEK, THE EVER-ELUSIVE Prince is back with the release of the instrumental “N.E.W.S,” an acronym that refers to the album’s four 14-minute songs “North,” “East,” “West,” and “South.”

Once a member of pop culture’s elite, Prince has struggled to remain in the public eye and to stay relevant. After his success in the ’80s, the artist underwent a series of bizarre image transformations and public quarrels with his record label, creating a disconnect between his artistic instincts and commercial viability.

A Hard Habit to Break 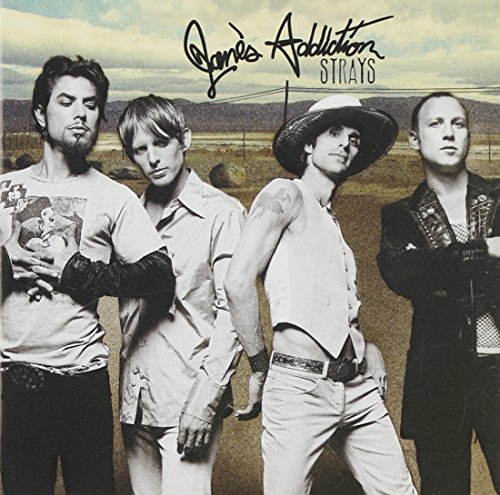 EQUALLY CHARISMATIC AS PRINCE during his heyday is Perry Farrell, the flamboyant and bisexual lead singer of hard rock band Jane’s Addiction. After their formal split in 1991, the group is making a comeback this summer with the release of their album “Strays.”

The quartet is also taking the reunion on the road, visiting more than 20 cities during their Lollapalooza tour (a brainchild of Farrell’s), which stops at the Nissan Pavilion tonight.

Jane’s Addiction’s style can be defined as alternative rock with an eclectic lining. The group gladly combines heavy metal rock with punk, folk and a genuine sense of introspective drama. This approach resulted in memorable epic balladry on their breakthrough album “Ritual de lo Habitual” in 1990.

The band’s pure-bred rock spirit and urban chic appearance made them a popular pick from fraternity dorm rooms to fashion runway shows in Paris and Milan.

“Strays” is an adrenaline-powered extravaganza that takes listeners back to their glory days of the early ’90s. Navarro’s screaming guitar crescendos and Farrell’s enigmatic vocals create an uninhibited, sonic whirlwind that is equally energizing and liberating.

Lyrically, the rock fashionistas have matured and emphasize cheer above complex reflection. Songs such as “Just Because,” explain the group’s current mantra, when Farrell sings, “When was the last time, you did anything just because.”

The album’s fierce rock orchestration often restrains the songs’ finer lyrical meaning, prioritizing sound over substance. However, in an age of teenage pseudo punk and tedious radio rock, Jane’s Addiction demonstrates how musicians can still take charge and rock out with true sentiment.