arjanwrites.com: The Trouble With Macy Gray

The Trouble With Macy Gray 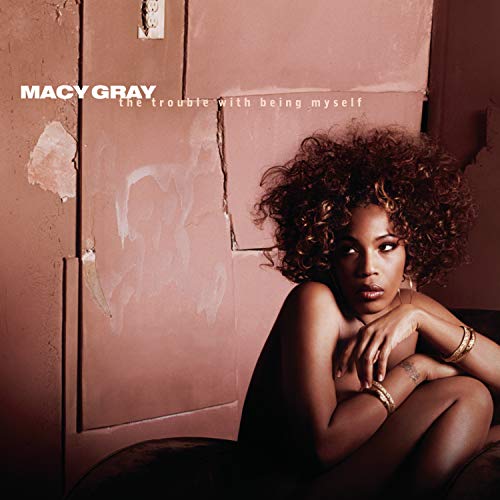 MACY GRAY TOOK THE POP SCENE by storm when she was nominated for two Grammy Awards and her song “I Try” became a radio favorite in the spring of 2000. Her accompanying debut record “On How Life Is” eventually reached triple platinum status at the end of 2000.

Hailed as the savior of funk, Gray’s persona was hard to resist. Her wacky lyrics, unique voice and potent soul-funk combination were a fresh addition to CD shelves, which were dominated by saccharine teen pop, Latin crossover hopefuls and that persistent, big-voiced gal from Canada.

Gray, whose real name is Natalie McIntyre, was born in Canton, Ohio, in 1970. Influenced by Prince, Sly Stone, James Brown and other soul greats, Gray developed a passion for music early in life. When she moved to Los Angeles to study screenwriting, she started to write lyrics and recorded a demo tape, which quickly circulated within L.A.’s music scene. Gray was invited to front a pop jazz band that played the L.A. hotel circuit, a lucrative gig that taught Gray the ropes of performing in front of a live audience.

She also organized a Hollywood after-hours club, called the “We Hours” with open-mike nights, DJ sets and performances of her own band. The weekly gatherings allowed her to jam with other starting musicians as she quickly developed an interest in rock and hip-hop in addition to her strong passion for soul and funk.

She was offered a record deal with Sony’s Epic Records in 1998, which led to her debut release the next year.

“On How Life Is” highlighted Gray’s unique vocal skills and infectious bursts of energy. The record is a collection of autobiographical tales that were best represented by the album’s hit single “I Try.”

WITH THE RELEASE OF HER follow-up album “The Id” in 2001, Gray fell victim to disappointing record sales, which is often the case with post-breakout second albums. “The Id” failed to impress critics and audiences with its bombastic productions that merely appeared to serve as a platform for Gray’s idiosyncrasies.

Listeners were left to wonder if Gray was just another one-hit wonder fueled by her much-hyped outlandish appearance.

On her latest record “The Trouble Of Being Me,” Gray attempts to reconnect with her pop audience that brought her to fame in 2000. The stakes are high. Gray knows that if this album fails to be a commercial success, her chances of being funk’s newest diva are greatly diminished.

Together with Atlanta-based producer Dallas Austin (TLC, Madonna, Pink), Gray put together a sound that again features her raspy vocals, but which is supported by Austin’s gentler funk-pop orchestration and fine sense of hit potential.

The album kicks off with the first single track “When I See You,” a happy-go-lucky pop song that brings to mind her previous hits “I Try” and “Sweet Baby.” Gray’s meaningless lyrics are wrapped around an infectious musical arrangement with cheery background vocals, bouncy organ chords and funky guitar riffs.

On the Beck co-penned “It Ain’t The Money,” the singer fuses her signature vibe with a vintage hip-hop groove that features Beck’s background vocals and rapper Pharoa’s fragmented rhymes.

The singer returns to her soul roots on “Come Together,” “Jesus For A Day” and “Happiness” with its laid-back percussion, swirling strings and swelling horns.

On the autobiographical “Things That Made Me Change” and “My Fondest Childhood Memories,” Gray shows lyrical sincerity that is a rarity on the album.

Her gratuitous eccentricity reaches a distressing low-point with her child-like banter on “Screamin.”

The title “The Trouble of Being Me” says it all. The trouble with Macy Gray is that her wacky vocals, cartoonish character and weak lyrics often overshadow the distinct quality of her songs and their production.

MORE INFO
Macy Gray
‘ The Trouble of Being Me’
Epic Records, 2003
http://www.macygray.com