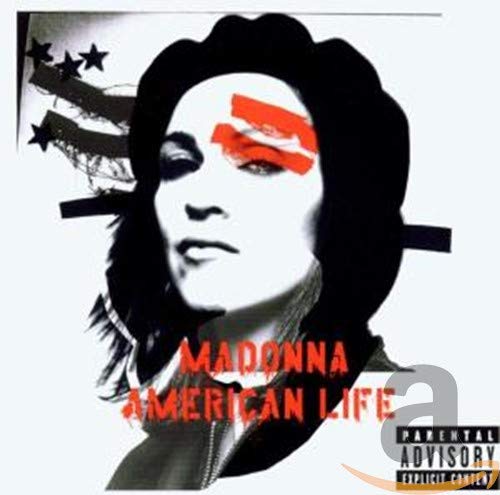 Madonna is no stranger to controversy. Her publicity stunts are carefully planned and often result in great entertainment. The swirl of attention accompanying the release of her newest album, "American Life," is no different.

The middle-aged "Queen of Pop" bravely takes on one of the biggest taboos of all — scrutinizing America's role as the world's lone superpower. The timing is a publicist's dream with the U.S.-Iraqi war dividing world opinion and former allies questioning America's motives for going to war.

The original video for the album's title song featured a spoof on modern warfare, with military types marching up and down a catwalk and Madonna lobbing a grenade into the lap of a President Bush look-alike. Entertainment executives yanked the video in the U.S.

The famous photo of Cuban revolutionary Ernesto "Che" Guevara inspires the album's cover art. Madonna uses his image to illustrate her own "struggle" against the establishment, pushing some buttons along the way.

But it's difficult to accept Madonna as an oppressed artist. The same woman who once writhed onstage in a wedding dress and later posed completely nude for her infamous "Sex" book now wants us to accept her as a children's book author and accompany her on a spiritual journey sparked by motherhood.

Madonna pokes fun at the system that created her and reminds listeners that her true talent is not for making music but for the calculated way she uses controversy to create commercially viable entertainment.

Regardless of the self-promotional hype, "American Life" is a well-crafted pop album that will likely have feet tapping to its infatuating choruses, dance beats and campfire ballads.

On "Life," Madonna continues her collaboration with French producer Mirwais Ahmadzaï, with whom she also co-produced most of the songs on "Music." Her electro sound has evolved even further, prioritizing a fusion of organic synth grooves and instrumental acoustics over fragmented hooks and techno gimmicks.

The album's theme culminates on the title track "American Life," a jolting tune that asserts she embodies the American dream. She wonders if the American life is as perfect as popular culture would have us believe.

The singer continues her spirited self-examination on the raw pop-rock song "I'm So Stupid," which chronicles her struggle with the dehumanizing elements of fame.

"Nobody Knows Me" is a pulsating club track on which she unambiguously scrutinizes her own career. "No one tells how you have to live your life," she croons. "Why should I care what the world thinks of me?"

Madonna also takes on one of the most pivotal episodes in her own life. On "Mother & Father," she revisits the death of her mother, a childhood trauma that still affects her.

The entertainer includes a number of acoustic guitar ballads, such as the nostalgic, heartfelt lullaby "X-Static Process."

A highlight is the elegant mid-tempo ballad "Intervention." The song "Love Profusion" will likely be a hot single candidate with its surprising '80s-inspired synth riff.

Preceded by a dramatic string intro reminiscent of 1998's "Frozen," Madonna concludes the album with a spiritual message on "Easy Ride."

The album also includes "Die Another Day," the singer's title song to the most recent James Bond movie.

At 44, Madonna still proves she knows how to entice the masses to join her on a pseudo-enlightening techno ride. Phony or not, the result is infectious and will likely be a summer favorite.