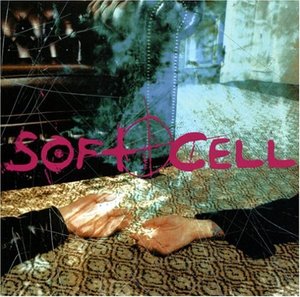 After an absence of 18 years, synth-pop pioneers Soft Cell return to the music scene with the international release of their new album, "Cruelty Without Beauty." Even though Marc Almond and Dave Ball both enjoyed moderate commercial success as solo artists, they were never able to repeat the success of their earlier collaborations, including the chart-topping dance classic "Tainted Love."

The group debuted in 1981 and rocked the British music scene in the early '80s with Almond"s out-of-control, extravagant persona. More defining to some fans of the era was the duo"s illicit drug habits as they got sucked into the emerging Manhattan ecstacy club scene. Soft Cell's music gradually turned darker and edgier, reflecting their hardcore lifestyle and wild sexual experimentation. Before their final album "This Last Night in Sodom" arrived in 1984, the duo disbanded in a hazy, drugged out disarray.

Almost two decades later, the duo has matured, presenting a cleaner, harmonious sound on the latest release. With tight dance beats, ringtone-inspired synth hooks and Almond"s emotion-filled electro crooning, Soft Cell delivers a collection of tunes that provide hope and affection ("All Out Of Love," "On and Up," "Last Chance") and a heavy dose of social commentary ("Darker Times," "Monoculture," "Sensation Nation"). "Cruelty Without Beauty" also features some of the group"s unmistakable twisted taste for masochistic poetry, as portrayed on the grotesque "Le Grand Guignol" and "Caligula Syndrome."

Soft Cell's frontman Marc Almond took a break in advance of the tour to talk about the new CD with Arjan.

Arjan: Why did you reunite with Dave to record this new record?
Almond: We never planned for this to happen. In 1998, we got together just to write some songs together. When we were in the process of doing this, it actually felt very good. This was the right moment to record together. We didn"t want this good moment to go to waste.

Arjan: What is your chemistry with Dave?
Almond: It is hard to explain. In Soft Cell, he does the music and the production, and I do the vocals and lyrics. It is a very clear-cut and easy-going way of working with him. We also have a very similar twisted, dark and cynical type of humor. My writing is different with Soft Cell. For myself, I write more romantic and introspective songs, and for Soft Cell I really write for two people. I tend to write songs that incorporate social comments and elements of modern culture.

Arjan: Why did you choose "Monoculture" as the first single?
Almond: I think the first consideration when we choose a single is not so much to choose a song that has chart potential, but more a song that advertises and represents the album. "Monoculture" represents a theme that threads through the album. It is about the whole idea of globalization. People are loosing their identity. When you walk in every big city in the world, you see the same styles, the same stores. People listen to the same music on the same Walkman. The lack of identity is part of a lot of themes on the album. It is like questioning yourself -- "Am I hip, am I trendy?" The question is if you give in to it all or that you decide to retain your individuality. "Monoculture" sums it all up.

Arjan: You previously said that you have always felt like an outsider and that you are disgusted by the majority. Is the album a reflection of that state of mind?
Almond: I have never felt part of anything, quite honesty. When I was younger, I was never part of the music business and the social scene. I never wanted to be a celebrity or buy into it. Soft Cell in general has always been an oddity, and people still don't know what bag I'm in. They are not able to pigeonhole me. I guess I am quite happy to be an outsider.

Arjan: You have never been afraid to show off your sexuality or your fantasies. Did you intend to shock?
Almond: In the beginning I was never an out person. I was never politically minded. I"d like to think, though, that I have done my share in breaking down sexual barriers. It came naturally. I was rather subversive, which at that time was a shocker in Britain, which was very conservative. I truly experienced homophobia first-hand.

Arjan: Do you feel 100 percent gay, or are you just a very sexual person?
Almond: I am really a very sexual person. I"ve had experiences with both males and females. Don"t call me bisexual though; that is kind of a cop-out. You meet people, and you are turned on by them in different ways. That is how it works for me.

Arjan: Do you think the music industry has become more tolerant over the last 20 years?
Almond: Yes. I think it has become more tolerant. Certainly in Britain, even though there is still a very conservative undertone. People think it has become better, and they point to George Michael. The point of the matter is that George Michael"s record sales have plummeted after he was caught in a public toilet. Elton John is perhaps an exception. He is considered a national treasure more than anything else.

Arjan: Are you a pessimist or an optimist?
Almond: I guess I am more a romantic cynic nowadays. Ultimately, I am an optimist. I believe there is still beauty in the world. I am just a little jaded. I really am happy at the point of my life where I am right now. I haven"t done any drugs in two years and feel good.

Arjan: So has life become boring?
Almond: No, life is very unboring now. Life was boring when I was drinking and taking drugs every day. I wake up every day clear now, and I can experience new things. I have much more realistic expectations.