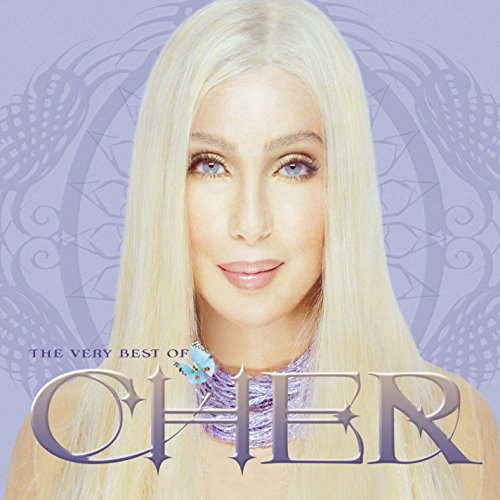 The 57-year-old diva is said to be finally ready to retire in peace and is on her "Farewell" stadium tour. She recently released "The Very Best of Cher" greatest hits compilation in conjunction with the tour.

The singer put together a collection of 21 songs that takes listeners through all phases of her career Ñ from pop folk singer in the '60s to rock vixen in the '80s, and from disco chick in the '70s to gay club diva in the '90s.

The compilation not only includes solo hits but also "The Beat Goes On," and

"I Got You Babe," two of her first and greatest hits with first husband, Sonny Bono, in the mid '60s.

While still married to Sonny, Cher struck gold as a solo artist in the late '60s and early '70s. Songs from that era include the cover of Bob Dylan's "All I Want To Do," "Bang, Bang (My Baby Shot Me Down)" and "Gypsies, Tramps and Thieves," which debuted at number one and marked the singer's artistic maturity just as the couple's TV show reigned supreme in the ratings.

Cher wasted no time after she broke off her personal and business partnership with Sonny in 1974 to pursue her own career in music, television and film. Her second number one smash "Half Breed" from 1973 is also featured on this CD.

The compilation album doesn't miss the singer's disco phase in the late '70s with the flaming "Take Me Home," which bears a slight resemblance to some of her big club hits in the '90s when it comes to melody and message.

In the early '80s, Cher continued her acting career on Broadway and in movies, which led to an Oscar nomination for her portrayal of a lesbian in "Silkwood." She eventually received an Academy Award in 1987 for her role in "Moonstruck," a romantic comedy.

Cher resurfaced on the music scene with a string of pop rock hits in the '80s. She again redefined herself with hits like "I Found Someone,"

"If I Could Turn Back Time," "Save Up All Your Tears" and her duet with Peter Cetera on "After All."

She shunned the spotlight for a few years and made another miraculous comeback in the late '90s with her global sensation "Believe," which became the best-selling achievement of her career. Follow-up songs such as "Strong Enough" and party anthem "All or Nothing" are on the compilation as well.

As a bonus, the CD includes radio-friendly remixes of "One by One" (by gay DJ Junior Vasquez) and "A Different Kind Of Love Song," which is revamped by Rodney Jerkins into an infatuating techno tune.

What is disappointing is that Cher played it safe with this CD by not adding any unique material to make this song collection truly compelling. New tracks, or even live song versions from her tour, would have been more than appropriate to solidify her larger-than-life appeal and uniqueness as an entertainment icon.

The CD booklet includes full-color photos and detailed notes from famed Rolling Stone writer and MTV News host Kurt Loder, who concludes that the most attractive aspect of Cher's career is her "utter lack of naked show-biz ambition."

With "The Very Best of Cher," the diva presents her fans the ultimate swan song, a worthy summation of her diverse and remarkable music career.