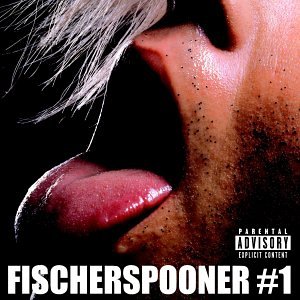 The group is the brainchild of visual performance artists Warren Fischer and Casey Spooner, who first collaborated while attending the School of the Art Institute in Chicago.

"Fischerspooner is just telling you a story," says frontman Spooner. "But I am not telling you what the story is about until it is over. … I can tell you it is a fantastic story."

Fischerspooner's music is a cocky blend of bleeps and blurbs with a pulsating electro beat, flat synth arrangements and heavy sampling that is reminiscent of '80s electronica and also finds roots in '70s tunes from Kraftwork and Africa Bambaataa.

Fischerspooner became an underground sensation in New York as a visual performance group joined by an alternating line-up of dancers, singers, filmmakers along with wardrobe, lighting and set designers. After fine-tuning their act by performing at eclectic locations, the group went to Europe with performances in Berlin, Barcelona and London.

Their single "Emerge" became an overnight success in the European underground club scene in 2002.

The group’s size and variety change daily, according to Spooner.

"I have no idea how many people are in the group," he says. "They look good, they feel good and they sound good. All of them come and go. Sometimes amicably, sometimes not."

"The music and the visual aspects are intertwined," Spooner says. "The lyrical content creates the visual idea, and the lyrics develop as the music is written."

The group has a distinctly avant-garde image that they like to play with, Spooner says.

"The only goal is to make something that is entertaining, but interesting," he says. "Maybe the interesting part fucks some people up."

Fischerspooner’s image quickly evolved at the turn of the century, Spooner remembers.

"If I was going to die in the apocalypse at the turn of midnight, I wanted to make sure I had a fucking blast," he says. "I wanted to die glamorously."

The group plays with pop culture elements and turns those into visual art with a purpose.

"I like to find depth in things that are superficial," Spooner says. "There are some trivial and common elements that a lot of people are seduced by and that are referred to as guilty pleasures, such as pop music. Our idea of dressing up, performing and celebrating trivialities turns out to be extremely powerful and meaningful."

By provoking deliberate confusion in their show, Fischerspooner challenges the perceptions of audiences with their play on androgyny and gender. Spooner refuses pigeonholing and denies there is any rationale behind the group’s cross-dressing and gay sensibility.

"The show comes very intuitive," he says. "It is about doing something that feels good. It is really about embracing those things that you’re naturally drawn to regardless of what people might think."

Their philosopy comes from believing people should pursue their desire, Spooner says.

"Gays actually know how to do that very well," he says. "They trust their instincts and let themselves be drawn to things."