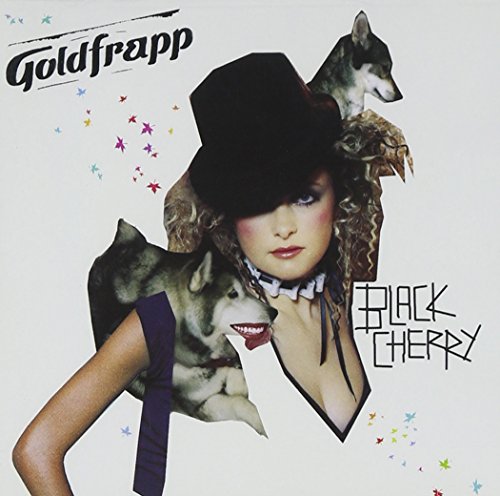 ALISON GOLDFRAPP KNOWS what it feels like to be an outsider. The heterosexual singer, who makes up one half of the London-based duo Goldfrapp, is very comfortable with her sexuality. And she believes gays can relate to that.

"Gays are as open about their sexuality as I am," she says. "I have noticed that gays and lesbians confront themselves with where they stand in life, and this makes them very open and tolerant."

Goldfrapp and musician Will Gregory make up England's newest electronica sensation. They are proudly following in the footsteps of other British alternative electro acts such as Soft Cell, Portishead and Cocteau Twins.

The duo recently released its highly anticipated second album, "Black Cherry," in the United States. After their critically acclaimed 1999 debut album, "Felt Mountain," they hope to extend this success to America. They already are very popular in the United Kingdom.

"I hear we have a lot of gay fans in the UK," says Goldfrapp, who likes to keep her age a secret. "I suppose gays like the theatrical, cabaret-esque qualities of our music. [But] I can't really tell who our gay fans are. It is hard to see that from the stage.

"They don't really dance differently or anything like that. I wonder if it matters," she says. "If I am honest, I don't really care who is straight or who is gay. I hate to stereotype people. In the end, we're all sexual beings."

Goldfrapp is not for the squeamish. The duo's music is like abstract art to the ear, with fragmented beats, piercing synths, soaring strings and Alison's delicate vocals. "Black Cherry" has a thickly layered, suggestive quality that creates imaginative landscapes that transport listeners from one sonic mood to another.

SIMILAR TO THE album's surreal artwork, the group's vibe is unpredictable, which might initially create a disturbing momentum but fades quickly after repeated play.

"Black Cherry" has a powerful disco slant. The songs "Tiptoe" and "Strict Machine" are reminiscent of '80s tunes of Giorgio Moroder and Donna Summer.

"I am very inspired by the disco era," Goldfrapp says. "I love the drama and the strings."

"Black Cherry" has a playful sexual undertone, which is a departure from the ambiguity on "Felt Mountain."

"We set out to make an album that is more direct, joyous and spontaneous," she says. "I did not want to stick to the formula that worked before. We both wanted to try something new."

Goldfrapp responds to some of the letters she has received from American listeners who are deeply insulted by the artwork for the single "Train" on the new album.

"The picture features a photo collage of a wolf licking a man's crotch," she says. "It is an artful expression. It was never meant to offend anybody. Perhaps Americans are a bit more uptight about sexuality. I am not sure."

The album's title song is one of the most personal songs on the album.

"All of my world in a grain of sand," Goldfrapp sings, "and I've blown it."

But she prefers not to talk about the lyrics more.

"People can decide for themselves what that is about," she says. "'Black Cherry' is a metaphor for a lot of things. I dreamt about it one night, and I decided it would be the album title."

Alison Goldfrapp is quickly emerging as the leading siren of alternative synth music. She is in full control of the band's creative process and presentation, and even continues her side gigs as a DJ.

"I don't control everything," she laughs. "I don't decide how many records we sell."