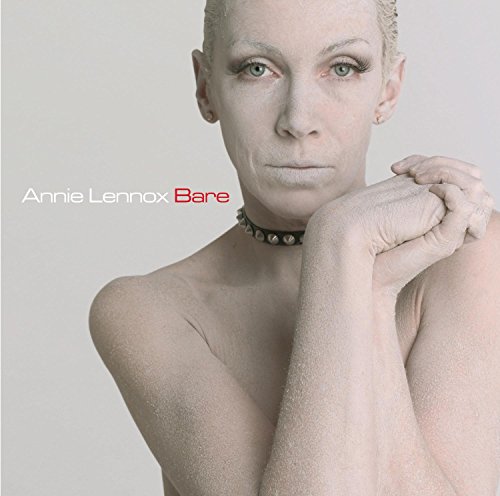 AFTER WAITING ALMOST eight years, Annie Lennox plans in early June to release her third solo CD, "Bare." Since her heyday as lead singer of the Eurythmics, Lennox has emerged as one of the most enduring pop vocalists of the last two decades.

After a painful divorce in 2000 from producer Uri Fruchtmann, Lennox, a gay favorite in part because of her androgynous style, shares her despair and triumph in a powerful 11-song CD.

"In a way, this album belongs more on the self-help shelves, than in the record store," the 48-year-old mother of two says. "I knew I had to have some dark shadow in order to gain the stamp -- the certificate of authenticity, as it were.

"Bare" is the singer's third solo effort, following "Diva" in 1992 and "Medusa" in 1995. The Scotland native became an instant icon among gay fans after her appearance on the Eurythmics' 1983 blockbuster hit "Sweet Dreams (Are Made Of This)."

Today, her flamboyant stage presence, powerful persona, and songs about unrequited love continue to mesmerize gay fans, among others.

The release of "Bare" is preceded by and tied to "Solo," a theater tour that is landing Lennox on stages across the United States and Europe in April, May and June. She will be at the National Theatre in Washington, D.C., on Tuesday, April 15, but all tickets for the performance are sold out.

The singer/songwriter believes it is important to share her personal stories in an intimate setting without the distraction of media hype, which is common (and frequently craved by artists) when an album is released.

During a recent show in Tampa, Fla., she and her eight-member band performed a mixture of old hits and new songs on a minimal stage set accompanied by a simple light show.

Wearing dark pants and a black, glittery jacket, Lennox dutifully performed some classic Eurythmics favorites, including "Here Comes The Rain Again," "You Have Placed a Chill In My Heart," "Missionary Man" and "Who's That Girl." She also sang recent solo hits, such as an acoustic version of "No More I Love You's" and a synthesizer-infused "Walking On Broken Glass."

But it was Lennox's self-written material from "Bare" that pushed the audience into a frenzy with its raw, uncompromising lyrics. Songs such as "1,000 Beautiful Things," "Honesty," "Pavement Cracks," and "Wonderful."

"Pavement Cracks" is a mid-tempo ballad that describes the singer's sorrow as she recognizes that change comes, even when it seems it won't.

"In my darkest times, I'd walk with my head bowed, seeing only the cracks in the pavement slabs," Lennox says. "But then I'd notice the weeds pushing up through them, like a metaphor for hope."

Another gripping example of the album's sober storytelling is "1,000 Beautiful Things" on which Lennox shows gratitude for "just being here and now in the world."

The song's acoustic guitar arrangement leaves plenty of room to showcase Lennox's immaculate singing voice. Other highlights of the show included the festive jam session between Lennox and her three background vocalists when they performed the '80s hit "Sisters Are Doing It For Themselves." She also belted out a fierce rock version of "Sweet Dreams," which kept the crowd chanting for more.

Then Lennox concluded with "Why" as she reached out to audience members saying repeatedly: "I know what you feel!"

This is the art that Lennox mastered so well. After 20 years, she still has an uncanny ability to speak directly to and of our hearts.