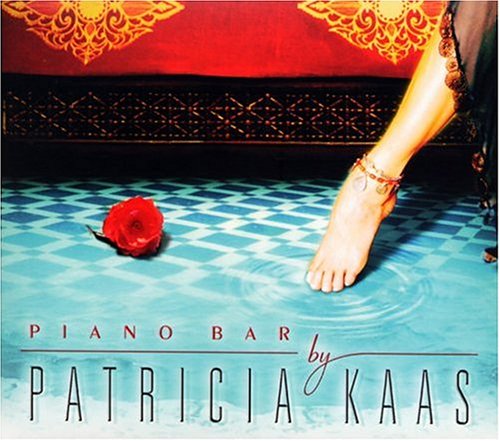 With more than 15 million records sold worldwide and hundreds of concerts performed throughout Europe and Asia, Patricia Kaas is undeniably one of France’s most popular singers of the past 20 years.

Her repertoire of jazz, blues and cabaret songs, combined with her sultry voice and distinct style, has made her a favorite among gay and lesbian listeners around the world.

But Kaas has never had a major hit in the United States.

"French style is always in fashion. However, French music is a different matter," Kaas said, while on tour in Germany. "The language has been a major barrier for many Americans to appreciate my music."

"Piano Bar" is the soundtrack to the movie "And Now … Ladies and Gentlemen," which premieres in the United States on May 9. The film stars Jeremy Irons, and in her big-screen debut, Kaas portrays a French jazz singer.

"I used to have a very sophisticated image. I was not really a diva, but I was marketed as a French Marlene Dietrich — very feminine and sexual, but powerful and in control at the same time," she explains. "I enjoyed being that, and I believe that a lot of people in the gay community were attracted to that."

But Kaas has always stayed true to her French roots, recording songs that are inspired by France’s great tradition of songwriting. Besides the language barrier, she acknowledges that her commitment to cabaret songs might also have been a hurdle in achieving more visibility in the states.

"Typical French melodies are very traditional and part of our cultural heritage," she says, "which might be hard to transfer and to understand by Americans outside of its original context."

Nevertheless, Kaas does not believe the songs on "Piano Bar" have lost their original romantic touch with the English translation.

Kaas says singing these songs in English also gives them a real "jazzy, loungey feel," which she likes.

Since she first landed on the music scene in 1987, Kaas has had a large, international gay following.

"I am so excited about having so many gay fans. You have to understand that they are not easy to please," she says, smiling. "Their taste is very special and sophisticated. The fact that they have supported me for so long tells me I have been able to put out music that continues to gain their respect."

Kaas still vividly remembers a performance she did in the United States in the mid 1990s at a lesbian club in Boston.

"There was a playful riot going on with some of the girls making fun of my male roadies," she says. "Lesbians are so much fun, and over the years many have become my friends."

Today, Kaas is aware of the U.S. backlash against France because of its opposition to a war with Iraq. But she says she is an artist representing herself and not her country.

"I understand that some Americans might be apprehensive toward the French at this time," she explains. "To be honest, I try to stay out of politics. Art is universal, and I have fans everywhere."