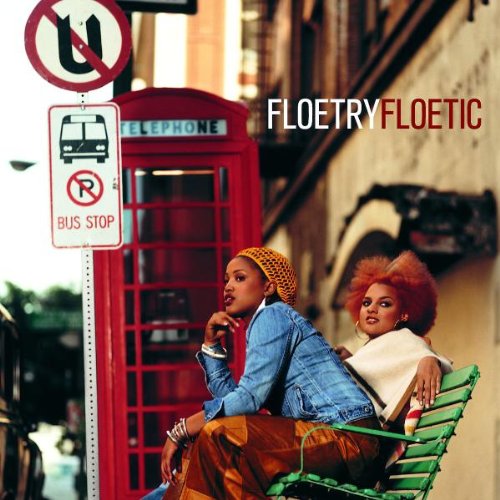 When Floetry recorded its debut album "Floetic," its members had no idea the project would garner so much critical acclaim.

"We were just doing our thing," says Floetry's emcee-songwriter Natalie Stewart. "It only took us three weeks to record the album, and see what's happening now."

Stewart spoke with Arjan only minutes after she and singer-songwriter Marsha Ambrosius found out that the group received two Soul Train Music Award nominations. The duo also was nominated this year for an Image Award and three Grammy Awards — not bad for a first venture.

The British hipsters lead an exciting new generation of hip hop and R&B artists who are redefining the genre. Floetry is adding its own flavor to a new generation of soul with an organic mix of old-school soul, punchy rap and spirited lyrics.

Ambrosius and Stewart rose to some success in the mid-'90s as a songwriting duo, composing music for Jill Scott and Michael Jackson. The song "Butterflies" on Jackson's "Invincible" is an example.

The gals moved from hometown London to Philadelphia in 2000 and got involved in grassroots music making, jamming away on open mic nights and eventually getting a recording contract with DreamWorks Records.

While preapring for a performance on "The Tonight Show," Ambrosius and Stewart speak extensively about the fusion of soul and spoken word that is Floetry.

"In our music, we really want to convey empowerment, truth and realism," Ambrosius says. "People can achieve miracles if they stay true to themselves, believe in their abilities and take responsibility for themselves."

According to Stewart, this message can even be elevated to a higher level of music and spirituality.

"In everything that I create, I try to promote love. I am fighting a spiritual war as opposed to a material war," she says. "The thing that really makes a democracy is not so much a left wing versus a right wing, but more the coexistence of art and politics. Art can be a very strong opposing voice. … art is something people embrace, because they see themselves reflected in it."

As an artist, Stewart does not feel constrained by increasing commercial pressure and political correctness in America, she says.

"Art is subliminal," Stewart muses. "As a real musician, you know how to channel truth, art and excitement. In that way, you can always beat any constraints."

The hip-hop scene is often criticized among gays for its machismo and conservative slant.

"We don't affiliate ourselves with any of that," Stewart says.

The band welcomes gay fans, but cautions against singling them out as different from any other hip-hop aficionados.

"We have a lot of fans, and I am sure we have gays fans," Stewart says. "But if I look in the audience I can't tell.

"We feel connected to every human being, gay or straight. We love all tribes. There are so many subcultures and groups; I have no time for separation and segregation."