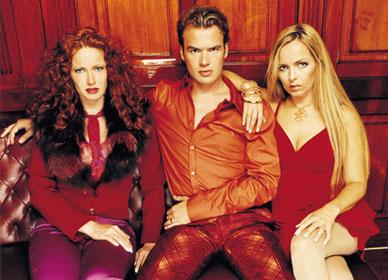 After Abba, Ace of Base, Roxette and Army of Lovers, Alcazar is Sweden's newest hit sensation. The group is already a platinum hitmaker in Europe and Australia, and is now ready to conquer North America with the U.S. release of their debut album, "Casino." 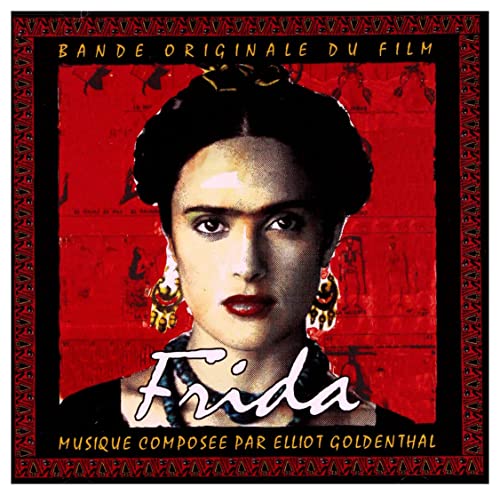 When Oscar-nominated composer Elliot Goldenthal set out to compile the soundtrack for the movie "Frida," he aimed to create a musical score that would further intensify the movie's dramatic storytelling and folkloric visuals.

The album's unique mix of rhythms and themes from a variety of Latin countries has struck a chord with both movie buffs and music lovers and is now topping Billboard's World Music Chart. It also has been nominated for a Golden Globe.

Directed by Julie Taymor, "Frida" chronicles the life of bisexual painter Frida Kahlo, who was arguably one of the most celebrated and revolutionary artists of the 20th century. Born in Mexico City in 1910, Kahlo picked up painting while recovering from a serious trolley accident.

The artist continued to suffer tremendous pain and fatigue as a result of the accident for the rest of her life. Her grieving, compounded by her abuse of alcohol and drugs, eventually led to her death at age 47.

Kahlo was notorious for her rebellious behavior and illicit, sexual escapades with both men and women. She married fellow artist Diego Rivera in 1929, but had numerous affairs with other men, including Leon Trotsky, the exiled Russian Communist leader. Kahlo also never made a secret of her attraction to women, which was often an inspiration for her art.

The film offers a riveting musical experience, which combines both contemporary songwriting and instrumental arrangements with authentic Latin folk styles, ranging from Mexican balladry to mariachi, and from tango to romantic boleros.

Goldenthal knows how to use music to add significance to the movie's most pivotal scenes. A good example is "Alcoba Azul (The Blue Room)," a sweeping tango that Goldenthal composed for the homo-erotic dance sequence of Kahlo and Tina Modotti. Mexican artist Lila Downs sings, "Come back to me/Love me in the dark/In our blue room/Where there is no sun for us."

Besides "Alcoba Azul," Downs also performs other new songs, "Benediction and Dream" and "Estrella Oscura." She adds a rhythmic exuberance to the mariachi version of "La Llorona," exhibiting a tune uniquely Mexican with its frivolous mix of violins, trumpets and guitars.

Chavela Vargas sings a raw, acoustic version of "La Llorona" (The Weeping Woman), which is truly breathtaking. Her passionate outcry exemplifies Kahlo's haunting battle with grief, pain and disappointment in life during one of the final scenes in the movie.

Vargas, now 81 and known as the "Edith Piaf of Latin music," actually had a real love affair with Kahlo after she was forced to leave her Costa Rican home because of her open homosexuality. Goldenthal comments, "We were indeed blessed that she sang "La Llorona" on screen. She preferred not to sing to playback and she gave us 12 incredible takes. It is kind of eerie to see her singing with Salma made up as Frida knowing that Chavela was once Frida's lover."

This soundtrack is simply sublime. Its fusion of authentic Latin sounds and original, emotionally charged compositions, culminates into a feast for the ears. As a bonus, the enhanced CD of "Frida" is packed with exciting DVD footage, including interviews with Goldenthal and director Julie Taymor and exclusive behind-the-scenes footage from the film.

The annual Academy Awards will most likely ignore "Frida" for its cinematic accomplishment and (unfortunately) favor the works of glitzy, safe-bet Hollywood filmmakers. However, the musical achievement of this movie is worth nothing less than a solid Oscar nomination, if not a win.